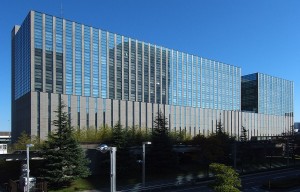 IBM and Japan Exchange Group (JPX) announced an agreement to test blockchain technology for trading in low transaction markets, according to a press release sent to CoinReport.

Specifically, the partnership will evaluate how IBM’s open-source blockchain code can be used for trading in these markets. This open-source code consists of about 44,000 lines and was recently made available to the Linux Foundation’s Hyperledger Project.

“Blockchain is one of the emerging technologies that is being closely watched by financial communities throughout the world,” said Atsushi Santo, head of new business development, Japan Exchange Group. “We plan to explore blockchain fabric to evaluate technical limitations and the potential of blockchain for post-trading service for low volume traffic by fully utilizing IBM global resources including IBM Research, Tokyo.”

Verification tests will adapt a framework based on the open source blockchain fabric. This process will be guided by the expertise of IBM Global Business Services.

IBM’s contribution to the Hyperledger Project is one of the latest in the company’s long history of participation in open-source projects. Current and previous projects include Cloud Foundry, Eclipse and OpenStack.