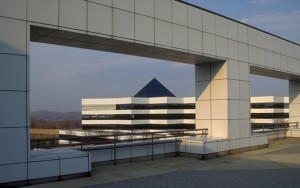 Reuters reported Thursday that IBM Corp. is considering adopting blockchain – the underlying technology behind Bitcoin – to create a digital cash and payment system for major currencies, according to an individual close to the matter.

The source told Reuters that the aim is to allow people to transfer cash or make payments instantly using blockchain technology without a bank or clearing party as an intermediary, saving on transactions costs. The transactions would be listed on an open ledger of a particular nation’s currency, said the source, who declined to be identified due to a lack of authorization to discuss the project publicly.

The proposed digital currency system would work similar to the Bitcoin blockchain.

“When somebody wants to transact in the system, instead of you trying to acquire a bitcoin, you simply say, here are some U.S. dollars,” said the source to Reuters. “It’s sort of a bitcoin but without the bitcoin.”

The source said IBM has been in informal discussions about a blockchain-tied cash system with a number of central banks, including the U.S Federal Reserve. Should central banks approve the concept, IBM will develop the secure and scalable infrastructure for the project.

Reuters said IBM’s media relations office did not respond to its emails about its story and the U.S. Federal Reserve declined to comment.

But there are signs that central banks are already contemplating the innovations that could arise through digital currency systems, said Reuters. The news agency pointed to a September 2014 report from the Bank of England, which described the blockchain’s public ledger as a “significant innovation” that could transform the financial system more generally.

Rather than having bank-maintained ledgers that serve as a record of a person’s transactions, this type of open ledger would be viewable by everyone using the system, and would use an agreed-upon process for recording transactions onto the system.

According to the source, reported Reuters, the project is still in its early stages and constantly evolving. Unlike Bitcoin, whose network is decentralized, the proposed digital currency system would be controlled by central banks, said the source.

“These coins will part of the money supply,” the source told Reuters. “It’s the same money, just not a dollar bill with a serial number on it, but a token that sits on this blockchain.”

According to the plans, the digital currency could be tied to an individual’s bank account, possibly using a wallet software that would integrate that account with the proposed digital currency ledger.

“We’re at a tipping point right now,” said the source. “It’s making a lot more sense for some type of digital cash in the system, that not only saves our government money, but also is a lot more convenient and secure for individuals to use.”