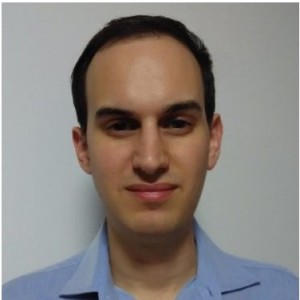 Huobi is a Chinese Bitcoin exchange located in Beijing, China. I had the pleasure of interviewing Robert Kuhne, product manager at Huobi Tianxia Internet Technology Company. We talk about Bitcoin, Huobi, and the current state of Bitcoin in China.

Garrett: What is the history of Huobi?

Robert: Huobi launched in September 2013 as a simple BTC-CNY spot exchange. At the time, there were over a dozen exchanges competing in China. Our initial mission was to grow market share and become the dominant exchange in China. By the end of 2013, Huobi was firmly established. It is now one of the “Big Three” Bitcoin exchanges in China.

Having achieved early success as an exchange, and wanting to build on that momentum, we decided on a three-point growth strategy for the future. First, we focused on innovating our core exchange business, which we accomplished by continuously improving the user interface(UI), adding new trading tools, developing a mobile trading app, and most significantly, launching a Bitcoin futures trading platform (BitVC.com) in September 2014. Next, we decided to diversify our business and establish a presence in other important areas of the Bitcoin ecosystem. In 2014, we acquired a multi-sig bitcoin wallet and blockchain explorer, started a bitcoin-backed P2P lending service, and invested in bitcoin mining (we currently own 4% of the global bitcoin network hash rate). Third, we began international expansion by creating a BTC-USD trading platform (BitYes.com) and building relationships with key business partners around the world. We have made significant progress with this strategy in 2014, but we still have a long way to go in 2015.

Garrett: What is the Chinese government’s position on bitcoin?

Robert: The only official government policy statement on Bitcoin was issued on December 5, 2013. It said that financial institutions and payment processors are prohibited from dealing with Bitcoin directly but that Bitcoin was legal for private individuals to own and trade. Since then, there have been occasional rumors that Bitcoin would be banned in China. Contrary to commonly held belief, the regulatory environment for operating a Bitcoin business in China is actually more accommodating than the United States.

It can’t be said with absolute certainty what the Chinese government policy will be in the future. It is likely that the government will not do anything until Bitcoin grows significantly. Today, Bitcoin’s total global value is a $4 billion US dollars. This does not appear on the radar of Beijing bureaucrats who are responsible for managing the world’s second largest economy. Although the regulatory environment is not a problem for the Bitcoin industry now, it is important for Bitcoin companies to act ethically and responsibly. Huobi uses an advanced, multi-signature, offline cold wallet system to store 97% of funds. We also employ highly-qualified information security professionals from top IT companies in China.

Garrett: What are the biggest challenges to bitcoin adoption in China?

Robert: Online banking and mobile payments in China are already quite advanced, even more than in the United States. Alibaba, Tencent, Baidu, Xiaomi, and Huawei all offer mobile payment services that are quick, easy, cheap, and widely accepted. Comparatively, Bitcoin as a payment method does not seem so impressive to the average Chinese.

As an investment, Bitcoin also faces a challenge. Chinese are typically conservative investors, preferring to put money into savings accounts, precious metals, or real estate. Those who hear about Bitcoin may see that the price has dropped more than 75%. They will be quick to write Bitcoin off rather than investigate it more deeply. However, this perception can change quickly.

Garrett: What are the biggest opportunities for Bitcoin in China?

Robert: Most Chinese are conservative investors, but there exists a small niche of speculators. In a country with more than one billion people, this small percentage is actually quite significant. Not only are risk-tolerant investors satisfied with the volatility of normal Bitcoin trading, there are many people who trade Bitcoin futures with leverage (up to 20x).

Another opportunity is international payments and remittances. Chinese domestic online banking and payment services are cheap and convenient, but this is not true for international payments. The average Chinese does not have any means of transacting with international merchants/customers. Bitcoin provides a gateway to international e-commerce for everyone. For remittances, the number of foreign workers and students in China, as well as the number of Chinese working or studying abroad, is in the millions. Bitcoin is obviously superior (faster and cheaper) to traditional methods of remittance like Western Union or wire transfer.

Garrett: What is your prediction for the future Bitcoin price?

Robert: Wild guess – $10,000 USD within 3 years, $50,000 USD within 10 years. I am conservatively bullish. I think the odds of Bitcoin becoming worth zero are insignificant – only a global catastrophe that takes down the internet could destroy Bitcoin.

Garrett: What is your opinion of altcoins?

Robert: I don’t think Bitcoin will ever be challenged by another cryptocurrency. It has already reached the network effect. I do not believe there will be any technical problems (mining centralization, scalability, etc.) that cannot be solved.