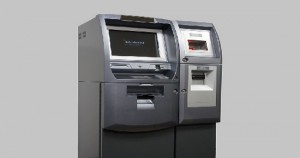 Genesis Coin introduces for the first time its Genesis1 model to its users in Whistler, BC Canada. Logicoins owns and operates the machine. Genesis1 ATM is significantly different than other bitcoin ATM prototypes in that it not only accepts bitcoin trading but also litecoin and dogecoin. This is a great advancement in bringing digital currencies to mainstream. The CEO of Genesis Coin, Evan Rose said,

“As a West Coast resident, I’m very excited to release the Genesis1 in Whistler.”

The Genesis1 ATM was setup up and installed at West Coast Float which is located at 7-4433 Sundial Place, Whistler British Columbia. The site is a flotation therapy center that provides its customers with an exceptionally relaxing experience through float tanks, isolation pods, and sensory deprivation. The West Coast Float is open to everyone from 10am to 10pm every day of the week.

Being one of the largest ski resorts in North America, Whistler Blackcomb is 50% larger than the second biggest ski resort-in-line. Over two million people visit the ski resort annually. Genesis Coin has released Genesis1 ATMs in Tijuana and Quebec. Now, it was Whistlers turn to be in line for the machine to be setup at.

Rose is very optimistic about the North American bitcoin ATM market and its response to this new technology being released on the market. She said,

“Canada has played a crucial role in Bitcoin adoption, and we are elated to see operators deploying our technology in regions of the world which have been historically kind to crypto-currencies.”

The Genesis1 will play a vital part in the Logicoins Resort Project. It will provide its customers access to cash-in and cash-out bitcoin ATMs and with the new additions of litecoin and dogecoin.

Genesis1 ATM is up and running in Whistler and is open to all those in need of its services.

Logicoins Network provides access to digital currencies in locations where exchanges are regularly taking place and users often use booking and reservation systems. The company provides ease of access to automated cash-in and cash-out systems. It is a whole new outlook to spending while traveling.

Genesis Coin Inc. is a software development company that focuses on providing solutions and answers for the digital currency market. The company’s prize ATM is the Genesis1 model which provides immediate conversion services between traditional currencies and digital currencies through an easy-access interface.