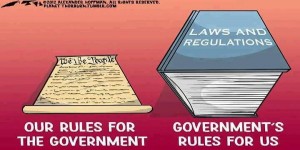 Regulators in Canada are trying to find a way to get a better handle on Bitcoin as software glitches pushes the digital currency over the radar.

The Canadian government agency that licenses “Canadian-operated foreign-exchange businesses,” has recognized a few ways on how to regulate Bitcoin so there is less risk involved in the Financial Transactions and Reports Analysis Centre of Canada (FINTRAC). This document makes it unclear whether or not the Canadian government will be taking action or is just thinking about the options.

One of FINTRAC’s options was to lesson Bitcoin exchanges. By refusing Canadians access to foreign exchange markets, FINTRAC was to

This was outlined by the Association of Certified Anti-Money Laundering Specialists.

Just as how other exchanges are required to provide financial crime reports, FINTRAC would also regulate Bitcoin exchanges so they would provide the same information.

Another option was to force exchanges to go underground which would probably lessen the value of Bitcoin. This could cause difficulty for customers who would like secure and easy transactions through digital currencies, says FINTRAC.

Executive director of the Bitcoin Alliance of Canada, Anthony Di Iorio has said that regulation for bitcoins in Canada is likely to happen. Regulations can also be welcomed by businesses who use Bitcoin in transactions because they could provide clarity on how to deal with the digital currency. Di Iorio stated,

“They’re finally going to know what playing field they’ll be working with.”

Last month, the Canadian government deemed Bitcoin as not being legal tender in the country.

Even though Bitcoin is not legal tender in Canada, businesses can still trade, sell, and buy bitcoins in the country. In addition, it does not make the use of the digital currency illegal.

As Bitcoin gains momentum, countries around the world are trying to figure out how to deal with the digital currency. Last week, Russia has deemed the currency illegal because it can be used for money laundering. However, Russia fails to realize that money laundering can occur with any type of currency, not necessarily only with Bitcoin. It seems that perhaps Bitcoin is getting picked on because it is fairly new, and quite innovative. Bitcoin is the new kid in town and it’s definitely getting a lot of flack because of it.

As other countries decide their stance on Bitcoin, we wait to see what the future has in store for the dynamic currency. More information regarding regulations will be added as soon as we get wind of them.