Filament, an American startup that leverages blockchain technology for a decentralized Internet of Things (IoT), announced Tuesday it has raised $5 million in a Series A funding round led by Bullpen Capital.

“As the industrial internet continues to proliferate, companies rely on machine-to-machine communications to gather and analyze data from physical objects,” said Filament in a press release, adding that the company “is developing new blockchain technologies that will allow businesses to easily deploy and operate standalone sensor networks with existing infrastructure, in any environment, with or without the cloud.”

With offices in Reno, Denver and San Francisco, Filament’s mission is to give industrial firms a secure, large-scale distributed wireless sensor infrastructure using long-range, low-power radios. The startup said its networks include hardware devices known as “Taps,” which have embedded environmental sensors, USB and GPIO (general-purpose input/out) for expanded sensor or machine control and feature hardware cryptographic chips for secure accessibility and communication. Using a decentralized software stack based on the blockchain, Filament helps businesses to tap and consolidate disparate data without the need for a cloud or a central authority management device.

The press release said Filament is proposing that the pervasive coupling of the digital and physical realm via sensors and actuators is a new form of raw economic value creation. 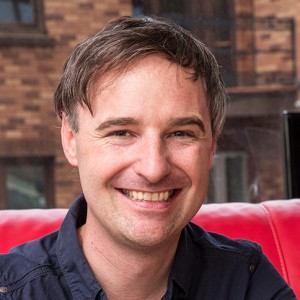 “We envision a decentralized system where billions of devices – each independently interacting and transacting value creation with each other – will create a massive opportunity for new business models,” said Filament co-founder and CEO Eric Jennings in the press release.

In late June, Filament published “A Declaration of Device Independence,” in which it proposes a fully decentralized IoT ecosystem that operates independently of a central authority.

“Each coupling can generate an arbitrary amount of value at future points in time, and the potential to access this future value can be exchanged between parties as a currency,” said Filament in its declaration. “We believe that all economic elements, digital and physical, old and new, must be fundamentally autonomous and distributed in order to maximize their potential. These new units of currency must be principally independent actors from centralized authority, retaining full control and complete privacy at the device providing the coupling and creating the value.”

Filament said in the press release that its platform is built on the blockchain (for transactions) by leveraging several open protocols, including Telehash (private communication), JOSE (smart contracting), TMesh (mesh networking) and BitTorrent (over-the-air firmware and management updates).

Filament said that in addition to Taps, it also provides a surface-mount module called “Patch,” which can be embedded in custom hardware. Objects with a Tap or Patch can connect over distances of up to 10 miles without existing Wi-Fi, wired or cellular connection. The company said businesses can use its service to develop recurring revenue streams with physical devices by authorizing access to their infrastructure and data over the blockchain.

In an interview with Fortune, Jennings, Filament’s CEO, said that each sensor costs approximately $25, but the cost falls quickly based on the volumes ordered. Most clients, whose names Jennings did not disclose, pay between $10 and $12 per Tap. The funds raised have been allocated mostly to Tap production. Jennings told Fortune that current clients range from large Fortune 50 to smaller companies in agriculture, manufacturing, mining and oil and gas.