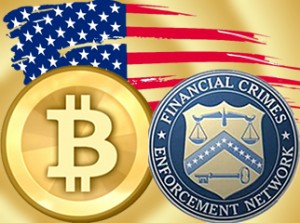 The news outlet said the ruling, issued on August 14, was in response to an inquiry made last month by an unnamed business. The company had asked FinCEN to determine whether its operations and transaction services classify it as a money transmitter as defined under the Bank Secrecy Act.

FinCEN noted in its response that the company’s letter, dated July 15, described the three complementary yet distinct type of activities in which it engages:

According to the ruling, the company generates revenue by charging a transaction fee on transfer of digital certificates by customers and a custody fee for precious metals held in custody.

Based on its analysis of the description of the company’s activities as outlined in its letter, FinCEN concluded that the business would be a money transmitter and a dealer in precious metals, precious stones or jewels pursuant to the network’s regulations.

In its ruling, FinCEN said:

“The Company does not fall under the e-currencies or e-precious metals trading exemption from money transmission because, when the Company issues a freely transferable digital certificate of ownership to buyers, it is allowing the unrestricted transfer of value from a customer’s commodity position to the position of another customer or a third-party, and it is no longer limiting itself to the type of transmission of funds that is a fundamental element of the actual transaction necessary to execute the contract for the purchase or sale of the currency or the other commodity. FinCEN finds that, as the Company is going beyond the activities of a broker or dealer in commodities and is acting as a convertible virtual currency administrator (with the freely transferable digital certificates being the commodity-backed virtual currency), the Company falls under the definition of money transmitter.”

“When acting as either a money transmitter or a dealer in precious metals, previous stones, or jewels, the Company must assess the money laundering risk involved in its non-exempt transactions, and implement an anti-money laundering program to mitigate such risk. In addition, the Company must comply with the recordkeeping, reporting, and transaction monitoring requirements under FinCEN regulations.”