The Feds Lose about $31million in Bitcoin 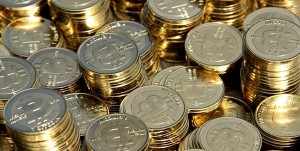 the Feds lose out on money

At the end of January, the Feds aka the FBI shutdown the infamous black market site known as Silk Road, seizing about 144,336 bitcoins. That happens to be one of the largest collections of the virtual currency in the world! The FBI is currently still in possession of those bitcoin and the question is what will they do with them.

The Feds Do Not Cash Out

Preet Bharara, the Manhattan US Attorney acting as the prosecutor in the case of taking down the Silk Road said “As alleged, Robert Faiella and Charlie Shrem schemed to sell over $1 million in Bitcoins to criminals bent on trafficking narcotics on the dark web drug site, Silk Road. Truly innovative business models don’t need to resort to old-fashioned law-breaking, and when Bitcoins, like any traditional currency, are laundered and used to fuel criminal activity, law enforcement has no choice but to act. We will aggressively pursue those who would coopt new forms of currency for illicit purposes.”

TechCrunch posted an article back in January stating that “the millions of dollars in bitcoin seized by the FBI from Ross Ulbricht and the first Silk Road, currently stored in a set of online wallets, appears to be on the move. A source in the U. S. Justice Department said that ‘authorities’ have access to the Ulbricht’s bitcoin cache and may be selling it off for less volatile currencies in the next few weeks.”

Towards the end of January, prosecutors had declared to cash out the 144, 336 bitcoins that they had confiscated from the Silk Road. That amount of bitcoin was then worth about $114million. In recent times, the value of bitcoin has decreased. Due to the Mt. Gox difficulties and the discovery of the technical issues in the exchange created a domino effect in the bitcoin community. According the New York Post, even though the value of bitcoin has dropped, the Feds are still holding on to the bitcoins. As a result of not cashing out as soon as the Feds confiscated the stash of bitcoin from the Silk Road, $31million in fiat money has been lost in this week.

Max Keiser said in his video back in January that he would be willing to buy the bitcoins from the FBI for $80 million when the price was between $950 to $1000 range. He further states

According to the Post, Bharara’s office declined to answer on what it plans to do with the confiscated digital currency.