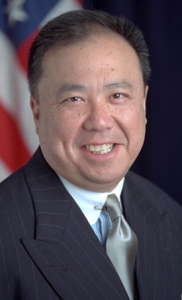 Edmund C. Moy has recently shared his viewpoint on the recent IRS taxation of Bitcoin. Moy served as the 38th Director of the United States Mint. He wrote on his blog that having the IRS tax Bitcoin as property allows a sort of guidance on the digital currency. It also allows Bitcoin to become more mainstream. However, Moy says that as Bitcoin gets increasingly popular in the future, the government might reconsider this move.

Moy believes that it is good news for Bitcoin to have the IRS issue a ruling because it clarifies the taxation of the digital currency. He writes on his website,

“The long awaited guidance makes clear that for individuals, bitcoin will be treated like property, no different than gold or stocks.”

This basically means that if one uses or sells Bitcoin in less than a year, they will be taxed at regular income tax rates. However, Moy explains that,

“If held more than a year, the gain will be taxed at 23.8%. If sold or used at a loss, taxpayers can offset their future capital gains or up to $3,000 a year from ordinary income.”

This, in Moy’s opinion, is a huge benefit for the people who’ve made a lot of money investing in Bitcoin.

Bad News for Growth of Bitcoin

Edmund Moy continues his blogpost by explaining that if the IRS had given Bitcoin the same treatment as a foreign currency instead of property, that would mean that any of the gains would be treated with normal income tax rates. In addition, the losses would be deducted from the regular income. This move by the IRS was done to allow profit for the government in some way.

Moy writes that the bad side to the IRS ruling is: it has created trouble for Bitcoin to grow as a digital currency. This is because quite a lot of paperwork will be required in order to keep track of each transaction, and one must figure out what Bitcoin’s value was when it was acquired,

“And subtract it from that day’s value of that bitcoin, can keep track of the capital gains or losses for the person’s individual tax return.”

This basically means that Bitcoin users in America will have to do a lot of paper work in order to keep in line with their taxes. In addition to all of this paperwork, Moy says,

“Bitcoin users will have to report to the IRS any transaction value above $600, and every instance where it is used for rent, salaries, wages, premiums, annuities, and compensation.”

Moy sees this as lessening Bitcoin’s value since it’ll be a hassle to do all of this. However, he does say that a convenient app will probably get created in order to keep track of everything.

The IRS ruling has already taken effect and it even applies to past Bitcoin transactions. Moy writes that people can apply for relief from the past Bitcoin transactions if they can show the IRS that there was a “reasonable cause” for why they had not done so previously. Moy suggests the best reason to give is saying that the IRS didn’t have any sort of guide for taxing Bitcoin prior to the current ruling.

At the End of the Day

Moy writes that the IRS was able to make this ruling because it has the authority to do so. However, these rules are not laws which mean that they can be changed if the circumstance allows it, and as long as the rules do not go against the Law. Concluding his blogpost, Edmund C. Moy writes that if more people accept Bitcoin, it may “force the IRS to reconsider its guidance.” 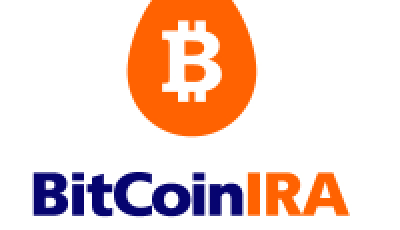