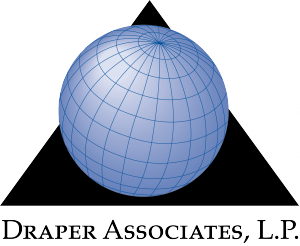 In an interview with Bloomberg’s Trish Regan, Draper Fisher Jurvetson co-founder Tim Draper said that from an investor’s point of view, he is intrigued by bitcoin. Draper feels bitcoin has the potential to change the world.

Draper Fisher Jurvetson is a Menlo Park-based venture capital firm, that has offices located in over 30 cities around the world. It has over $7 billion in capital commitments.

Tim Draper served on the U.C. Berkeley’s Haas School of Business board, and as a Harvard Business School board of Dean Advisor. He also founded Draper University.

During the interview, Draper stated that bitcoin and other digital currencies:

“[Have] the potential to transform the world pretty much the way the internet did way back when.”

Draper claims that all finances and all commerce can be transformed by the abstract that is bitcoin. He spoke about how as time moves on, people accept different things for goods and services. Societies went from bartering with shells, to gold, to notes, to paper cash, and now we see bitcoin taking over.

When asked by Regan if he believed in bitcoin or the technology behind it surviving, Draper answered:

“Most of the entrepreneurs – most of the boost companies… are all building their infrastructure around bitcoin.”

Regan then compared the early days of music download service Napster to the early days of bitcoin. Many young teens downloaded music illegally, causing legal troubles for their parents. She questioned whether bitcoin was too new, causing serious issues like the illegal sale of drugs on the former black market site Silk Road. She then proceeded to ask if bitcoin would last with so much negative energy surrounding it.

Draper remained optimistic, saying that bitcoin will survive. He compared it to the days where the internet was scrutinized for its access to pornography and lack of strong security.

“There were many issues as the internet was getting built. And as we got more and more comfortable with it, it became a bigger and bigger part of our lives, and I think the same thing is going to happen with bitcoin.”

Draper does own some bitcoins, and claims to have invested in a number of bitcoin companies.

Researchers at Bloomberg indicated that only $110 million have been used in bitcoin acquisition, showing that only a small amount of Americans have actually jumped onto the bitcoin bandwagon. Today, bitcoin’s total market is currently worth only $7-8 billion. Volatility continues to be one of the pressing matters holding bitcoin back.

Draper added that although volatile, bitcoin is still better off than Argentina’s currency – the Argentine peso. A system like bitcoin would better assist a financially struggling nation like Argentina.

The topic of alternative digital currencies came up during the discussion, as Regan brought up Auroracoin. Auroracoin is Iceland’s version of bitcoin, designated for use only within the country. Iceland’s government airdropped the currency to citizens back on March 25th, but has since lost half of its value. Draper’s view of Iceland’s digital coin is that it has potential, but restricts itself in that it can only be used in one geographical place.

Auroracoin was developed as response to the government’s strict control after the financial crisis of 2008.

Bitcoin may not yet be as big as some investors hope, but its growth is still taking place and it is showing no signs of slowing down at all.