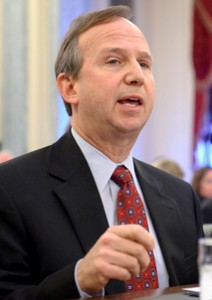 The governor had announced in early April the pursuit of the Delaware Blockchain Initiative, a series of programs designed to foster expanded use and development of distributed ledger and smart contract technologies by state-incorporated companies.

Markell unveiled the plan last Monday in a keynote address at the Consensus 2016, a blockchain-oriented conference held in New York.

The governor said Delaware’s corporate legal community is exploring the need for any clarifications to state corporate law to address and enable the authorization of “distributed ledger shares” by state corporations.

A press release about Markell’s remarks suggest the move is particularly significant given that Delaware is the legal home to two-thirds of Fortune 500 companies, 85 percent of U.S. IPOs, and many startup and VC-backed businesses worldwide.

“Smart contracts offer a powerful and innovative way to streamline cumbersome back-office procedures, lower transaction costs for consumers and businesses, and manage and reduce risk,” said Markell, as quoted in the press release. “We’re delighted that Delaware has this opportunity to help lead the way in promoting blockchain technology and its growing role in digital commerce.”

The state has begun examining its own use cases for the technology, Markell said at the conference. Smart contracts firm Symbiont has teamed up with the Delaware Public Archives to store state archival records on a distributed ledger. This initiative would show to the state the opportunity to employ blockchain technology to help archive, catalog and cryptographically secure government records that are held by scores of state and local agencies and that are created and exist solely in digital form.

At the conference, Markell outlined four central facets to the Delaware Blockchain Initiative:

Reporting on the Delaware Blockchain Initiative, the Wall Street Journal said state officials are likely to move slowly to play with a system many businesses have used for decades. Despite the prospective savings and efficiency that blockchain brings, there are possible security concerns and the amount of savings hasn’t yet been quantified.

According to the newspaper, officials said the system should initially benefit private companies that incorporate in Delaware. Because many companies remain private longer, the officials said, it is more difficult to keep tabs on all the equity issues and various shareholder rights after multiple financing rounds. 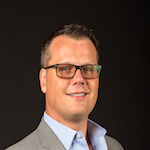 Symbiont CEO Mark Smith told the Wall Street Journal the blockchain system will be faster and cheaper compared to the current process, since it automates several processes, such as share registry, capital-table management and shareholder communications. It could also improve compliances with multiple restrictions on share transfers.

Rick Geisenberger, Delaware’s chief deputy secretary of state, told the newspaper that the biggest challenge is for state government officials to wrap their heads around unfamiliar technology and ensure it’s used in a manner that provides the promised benefits without any unexpected liabilities.

“We’re start with low-risk things,” said Geisenberger to the newspaper, “and over time move into things that are more complicated.”