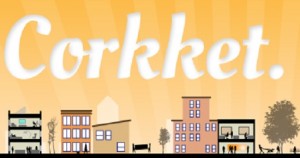 Corkket.com, a new startup based in New York, has made the local market trading its focus to bring bitcoin usage to the forefronts. It is encouraging its traders to deal with bitcoin as much as they are able to.

The site is directing users to deal finds in their own respective neighborhoods first. It also provides escrow service for trustworthy payments and guarantees full refunds to buyers who later have a change of mind.

The company was co-founded by Tom Tang, YJ Dang, and Angel Beale, all of whom are Yale graduates. The company boasts of being the first in line to be a local online peer to peer marketplace that has fully incorporated the bitcoin payment system.

Describing itself as being “more local than eBay, more trustworthy than Craigslist,” the company is bringing new competition to the already existing market. Corkket’s system is based on escrow in which the company holds on the funds and waits for both factions to be satisfied with the deal.

Beale has stated that the company trusts in providing everyone with local trading that is easy, safe and fast for the average individual. “As longtime bitcoin enthusiasts, we know bitcoin is ideally suited as a payment method for privacy and security-conscious users,” Beale added.

Every bitcoin transaction that is made comes with a custom-generated address. When the funds are received, Corkket emails a QR code to the buyer. The buyer will print it out and exchange for whatever merchandise or product being purchased. The seller on the other hand has to scan the QR code and then get paid. As a way of protecting both the seller and the buyer, this method insures that people do not have to visit the homes of strangers or conduct meetings at random places for the transactions to take place. Furthermore, it prevents people from carrying around large sums of money to strangers.

The company wants to give the bitcoin community a place to conduct local trading. This is an initiative on their part to provide such a platform. The site truly tries to provide you with the nearest local deals possible. As soon as you provide the site with your location, it will look for deals in your own building, then your block and lastly your city. This is certainly an innovation in this field.

Even though users can make transactions with the US dollars, the company is encouraging to deal with bitcoin first and foremost.

The company has initiated its beta service with a Bitcoin Picnic in New York City’s Union Square. The event will take place on Saturday April 26 and will be held for seven hours. With the goal of promoting their company and its approach, the event has been setup to provide a foundation for reaching out to the masses at large.

With food trucks accepting bitcoin payments and a free giveaway of 1-millibit QR code tickets that can be redeemed on Corkket’s site, the event promises a lot of excitement for everyone planning to attend.
To check out more about the site, visit them on Twitter.