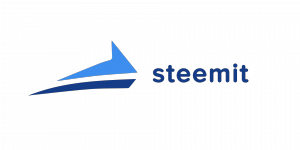 Along with BitShares founder Dan Larimer, Ned Scott leads Steemit, a blockchain-powered startup that rewards content creators and consumers with cryptocurrency for sharing and upvoting quality content on a dedicated social media platform.

The New York-based firm uses a new cryptocurrency called Steem to reward users who post content such as images, articles and commentary, as well as users who source and upvote popular content. The earlier a user upvotes content that becomes popular, the more the user is rewarded.

Steemit pays users half with “Steem Power,” a vesting currency that fuels voting power, and half with Steem Dollars, which can be exchanged for U.S. Dollars.

CoinReport spoke with Scott, the company’s CEO, via e-mail to learn more about the genesis of Steemit, how the platform works and his interest in cryptocurrency.

CoinReport: What prompted you and Dan to create Steemit? How did you two come together to found the company?

Ned Scott: Dan and I are similar in that we are motivated by the idea that we can improve the way of life for others. The state of Internet communities is imperfect – among the sometimes great content, there are also trolls, less than helpful comments and poor dialogue – so there was definitely a problem to solve there in the context of social media. However, when the idea of Steem and Steemit really began to form we had been exploring several different blockchain-based business models. We were looking at micro insurance on the blockchain and a few other ideas, but ultimately, we kept coming back to the idea that the most useful and powerful thing to leverage around a cryptocurrency is a community. Steem was born out of ideas about insurance and mutual aid: it was the idea that people would be able to help each other peer-to-peer if they were struggling to solve problems or needed assistance. It quickly grew into a much larger vision and Steemit was born as a place where individuals get rewarded by a community for posting and voting on content. That was back in January of this year.

I learned of Dan about two and a half years ago, which was about eight months after I stumbled upon Bitcoin. I had been down the rabbit hole learning Bitcoin when I came across Dan’s work on the Bitshares project, and from there, blockchain really seemed to take up all of my time. In mid-2015, I began moonlighting for Dan, bringing his technology to different firms in New York. When 2016 arrived, I made my first trip to meet Dan in person and we had a good match in personalities. The ideas for Steem had just started forming and from there we put a real business plan together and co-founded Steemit.

CR: What was the process like to get the company and platform operational?

NS: There have been many challenges, but it has been exciting to go live as quickly as we have. Dan’s expertise and our developers’ combined experience of more than 12 years working on blockchain technology gave us the opportunity to leverage existing technologies from other open-source blockchains and combine those technologies with the code needed for Steem fairly quickly. The Steem blockchain was an idea in January and main-net by end of March. Along with that we were lucky to attract more than 150 early adopters to help us “kick the tires” while Steemit was in alpha testing throughout April. That number is growing, and watching people come together to support a greater vision has been the most rewarding part of the process.

CR: What key goals or outcomes do you have in mind for Steemit? What value do you see Steemit adding to the social media/content creation-curation space?

NS: At Steemit’s core is Steem, the blockchain, and we feel it is important we start with this because Steem is open-source, transparent, un-censorable and available for anyone to leverage as they see fit. The uniqueness of Steem, where posts, comments and votes sit directly on the blockchain, allows Steem to be leveraged in a few new and different ways, including blockchain-based attribution, blockchain-based content rewards and blockchain-based reputation. Eventually, we’d like to see all of its potential leveraged. With that, our goal is not just to create a vibrant social media platform with Steemit, but to see entrepreneurs from different walks of life leverage and integrate Steem as a an open-source publishing platform.

With that said, Steemit gives access to publishers and allows them to monetize content without third parties and without ads. We feel this has the potential to bring communities and creators closer together to bring about a more valuable and connected experience across the social media space. Our primary goal is to bring good people to the platform and continue to build a more and more positive online community.

CR: How is Steem produced? Is it mined like bitcoin? Is there a finite number of Steem Dollars?

NS: Similar to how Bitcoin is produced by the bitcoin blockchain to pay miners, Steem is produced to pay posters and voters. The blockchain tallies votes for each of the posts and allocates a portion of its reward fund to each of the posts with positive votes and to the voters who submitted those votes. When the rewards are being distributed, the blockchain converts the Steem to Steem Power, which gives recipients more voting power and influence, and issues Steem Dollars. The Steem Dollar is designed to always represent about five percent of the Steem market cap. If price fluctuations cause the Steem Dollar to represent more than five percent, the blockchain will rebalance by using its core algorithms.

CR: How do you calculate the allocation of Dollars and Power? What factors do you consider?

CR: How do users store Dollars and Power?

CR: How do users withdraw Steem Dollars into USD?

NS: The user sends the Steem Dollars to an exchange, who may send them USD in return. One of the fast avenues from SD to USD in the early days could be something like SD -> Shapeshift -> BTC -> Coinbase -> USD -> Bank account

CR: How does Steem Power work within the platform?

NS: Steem Power is a user’s influence. By holding Steem Power, the user has gains exclusive power to earn within the system. The more Steem Power the user has, the more influence they have in determining the best posts.

CR: Steemit’s website shows a ranked list of “witnesses.” What does it mean to be a witness on Steemit?

NS: Witnesses on Steemit are analogous to mining pool operators on Bitcoin. They are responsible for block production and security of the network.

CR: The press release sent to us said you’ll make your first major reward issuance on July 4th – what will that entail?

NS: The Steem blockchain had been pre-coded to issue its first rewards on July 4th, which means it is currently tallying votes and posts, but it won’t reward the best contributions until July 4th. There is lots of interesting content showing up to compete to earn a piece of Steem’s first and largest payout, which will account for 10 percent of the Steem market cap. One of our goals is to attract many content creators and voters before July 4th to increase distribution Steem during this important moment.

CR: You expect significant user growth by the first major issuance. What are you doing to facilitate growth? How are you marketing Steemit?

NS: Similar to how Bitcoin has been a movement for more than six years and Ethereum has become a movement for developers and institutions, we believe Steem can become a movement for the regular person. Steem represents a very low barrier to entry for anyone with an internet connection to earn cryptocurrency, and through outreach, networking and education, our goal is to bring as many good people to movement as we can.

CR: Steemit will soon release a mobile app. Could you provide more details about this app?

NS: Cryptocurrency gives people freedom to interact wholly and completely with their peers. We want users to experience Steem and how its value is based on their social network and contributions to their community.

NS: Dan first learned of cryptocurrency in 2009; his mantra has long been that it’s a tool for securing our lives, liberties and property. I came across cryptocurrency in 2013; I was reading an article about it in Yahoo! and turned to my dad, whom I love very much and who’s also been on Wall Street all my life, and I asked him what he thinks about it. He said to me, “Son, I try not to pay attention to the fads.” For some reason, it never felt like fad to me and I continue to feel its potential to improve the world for billions of people who live here.