A Conversation with ARK Invest on Future of Bitcoin

It’s no secret that financial institutions have taken an interest in blockchain technology. The technology underneath bitcoin has potential to reduce costs and increase efficiency. However, there still seems to be a stigma surrounding bitcoin itself: influencers have expressed their doubts regarding the cryptocurrency’s future.

Of course, not all companies have shunned bitcoin. One investment firm in particular, ARK Invest, went ahead and included a trust that holds bitcoin into their Web x.0 ETF a few months ago. CoinReport had the opportunity to ask founder Catherine Wood, head of product development Tom Staudt and ARK thematic analyst Chris Burniske about this decision, along with their thoughts on the future of bitcoin.

What led to the founding of ARK Invest? 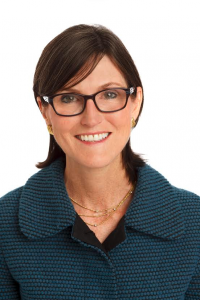 Why add bitcoin into the ARKW ETF?

Tom: After extensive research, ARK concluded that bitcoin has prevailed through a number of controversies, much in the way the Internet overcame challenges in its early days. As a result of this strength, the price of bitcoin had been basing in the $200 – 300 range for nearly a year. Given bitcoin’s upside potential in the remittance market and as a store of value, ARK liked the tradeoff between risk and return in September and felt confident in it as an investment decision for the ARK Web x.0 ETF (ARKW).

Why haven’t other ETFs invested in bitcoin? 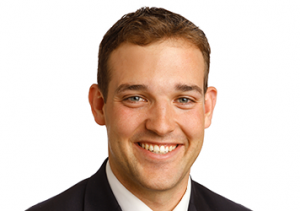 Tom: Many firms are just starting to look at bitcoin, ARK has been studying it for quite some time. While current regulations prevent publicly traded funds from holding bitcoins directly, ARK has invested in the cryptocurrency through the Grayscale Bitcoin Trust (GBTC). GBTC, which is traded over-the-counter and calculates bitcoin’s net asset value by averaging the prices across several bitcoin exchanges.

Bitcoin prices have dropped off this week after months of a relatively steady rise. Will this change ARKW’s strategy at all?

Chris: Bitcoin is a long-term investment, not a day trade. Volatile swings will not change that strategy… bitcoin has extremely strong support at its 200 week moving average of $246. It has breached this average only a few times, but quickly bounced back. There are other reasons for bitcoin price support in the low 200s, mainly revolving around mining margins.

Which global factors are affecting bitcoin prices today? How about in the future?

Chris: Part of bitcoin’s genius is that as demand goes up in the future, so too will its price (with velocity providing some elasticity to the effect of this demand). The drivers of demand will be adoption, which metrics show is growing: an increasing number of digital wallets, transactions, startups deploying “real world” applications, VC dollars, and regulatory approvals.

Next year’s halving event, which will reduce by 50 percent the return bitcoin miners receive for their efforts, will be a major test of the theories underlying bitcoin and blockchain. On one hand, you have the efficient market hypothesis, which should be baked into the price. On the other hand, bitcoin’s supply is going to become scarcer, which could lead to illiquidity. Additionally, Blockstream’s release of Liquid, the first production side chain, is worth watching. Sidechains, which are branched off the main blockchain, could prove to be an underappreciated part of the bitcoin story (by the masses, at least).

Many thanks to Catherine, Chris and Tom on their insights into bitcoin investing for today and into the future.