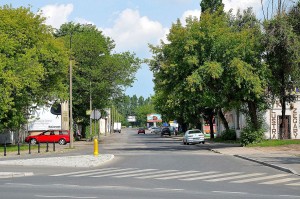 Coinfirm, a Warsaw-based blockchain startup, announced last week the opening of the Coinfirm Block Lab, the first of its kind in Central Europe.

The lab brings together financial, regulatory and educational institutions to take part in developing the revolution the blockchain is set to create, said Coinfirm in a press release. The Block Lab will serve as a hub where members can connect with top talent, startups, partners and investors worldwide. The lab boasts partnerships with multiple financial institutions and entities, including Bitcurex, one of the largest European bitcoin exchanges.

“It will be a great environment to work on solutions around Bitcoin, Ethereum, smart contracts and compliance but will address countless types of applications,” said Coinfirm co-founder Paweł Kuskowski in the press release. “Much like the Internet was in the 90’s, Blockchain is going to very quickly affect countless industries and become a significant part of the systems that run our daily lives. Development and access at this stage should not only be available to financial institutions or well funded companies but also governments, developers, universities and other startups.”

Many initiatives are underway in the Block Lab. Among them is the IDbity project “Blockchain Bug Bounty,” which rewards developers for uncovering system liabilities. Coinfirm said it will address additional industries with implementable solutions through the Block Lab as it aims to become a global leader in blockchain technology.