Codementor, an online marketplace for developers to connect with experts one-on-one for live on-demand support, announced today it is accepting Bitcoin from users for payment, as well as using the digital currency to pay its mentors. The company has partnered with Coinbase to power its Bitcoin support. 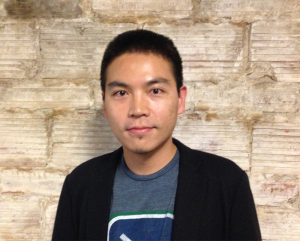 In an interview with CoinReport, Codementor founder Weiting Liu said “when we first started, we kept everything super easy” with regard to payment. Liu said the company used Stripe to receive payment and employed payment processors like PayPal and ACH direct payment in order to compensate mentors. As the company grew, so did the number of international developers seeking support and mentors registering to participate in the Codementor community. Subsequently Codementor received requests for alternative payment options. Liu gave Egypt as an example of a country with limited payment processors in operation. (In its blog post about its partnership with Codementor, Coinbase relayed testimony from Cairo-based freelance software developer Ahmad Sheriff, who recently joined the Codementor community).

Liu founded Codementor, which operates in the San Francisco Bay Area and Taiwan, slightly more than a year ago, telling CoinReport the idea for the company had partially originated from his time in Taiwan, where he and his brother had started a social media marketing firm for local brands. (Liu is no longer with that firm, having left to concentrate on Codementor). The company had done well, growing from 2 employees to 50 within an 18-month period. The firm’s growth posed a hiring challenge; it had about five talented, yet relatively inexperienced programmers. The team was constantly getting stuck with technical issues, said Liu, adding that he did not have the time to mentor the junior developers.

“I essentially created Codementor to solve our own problems, and of course we also anticipate that more and more people are starting to learn how to code,” said Liu.

With more people wanting to become developers, Liu figured Codementor would be a great service for lots of people down the road. The company has more than 1,500 vetted experts, which include engineers from Google and Amazon. Codementor has also raised funds from prominent investors such as Techstars, which selected Codementor to join its 2013 Seattle class.

Liu told CoinReport that Codementor is excited to support Bitcoin because “it will enable us to run a much more efficient marketplace,” noting that the fee is a lot less than those set by existing traditional payment providers. Liu said because Codementor is trying to create a global marketplace, Bitcoin has a great potential to enable the company’s support of both mentors and users worldwide, particularly in markets where traditional payment processors like PayPal do not operate.

Liu also acknowledged the benefit of Bitcoin to Codementor’s profitability, as credit card and PayPal fees were taking a significant chunk out of the company’s margins. Codementor allows experts to set their own rate at 15-minute intervals, and the company receives a platform fee between 10 percent and 20 percent.

Noting that Codementor talks to its users all the time, Liu said, “Bitcoin support has been one of the most requested features that we have received, so I can definitely see this as welcoming news for the members of the Codementor community.”