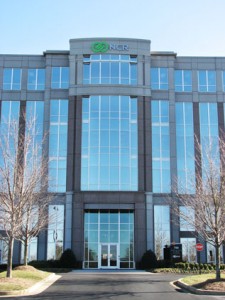 NCR Corporation (formerly National Cash Register) is one of the largest payment processing service providers for small businesses. Not to diminish their presence in larger businesses as well, but for today, the news is mostly about their smaller customers, and mostly for their smaller brick-and-mortar customers. NCR Silver, their major offering aimed at smaller companies, has announced plans to integrate Bitcoin payments before the end of this year.

The Bitcoin support service will be free to any merchants who are already users of NCR Silver. The integration allows merchants to select a supported Bitcoin payment processor – currently unknown what payment processors they’ll work with, but you can expect to see at least BitPay and Coinbase, hopefully alongside GoCoin. NCR Silver is a tablet-based POS system, and this latest move has confirmed their image as the future-looking branch of NCR.

This is one more move from the major leaders of the old world of banking and finance toward accepting Bitcoin, the currency of a new age. As the technological wave continues to advance, the question with regard to NCR becomes how long until their other Point-of-Sale offerings work with Bitcoin acceptance? This is a first step, an attempt to dip their toes in the water, but if it is successful and if merchants like the service, it could also signal the beginning of something much more important; a turning point, if you will. NCR is a major player in the Point-of-Sale space, with revenue past the $6bn mark in 2013, and they don’t show much intention of fading out of the space anytime soon.

Other recent developments of interest have been occurring within the Bitcoin and business services intersection, specifically with two companies – Intuit and Paypal. Both companies have begun to roll out services that seem to be of the same sort as the NCR Silver Bitcoin rollout: testing the waters. The one thing industry observers are confident about is that the more businesses begin using these basic, introductory services, the faster the technology is going to become adopted for more complex purposes. Right now, we’re just at the point of beginning allowing people to pay in Bitcoin. But some example future uses include such foreign concepts as storing receipts as hashed transactions in the blockchain, providing private but verifiable purchase records. This would make auditing a business very easy in many ways, and help to automate the process, while still protecting customer privacy. 2-of-3 multisignature escrow allowing for Bitcoin chargebacks, adding consumer protection in much the same way as credit card companies have. On the other side of that, there is the opportunity to create consumer savings, by adding features that allow merchants to stipulate a discount for customers who wish to pay in Bitcoin. Another potential avenue of change is to allow for 0-confirmation Bitcoin payments. This would speed up the rate at which Bitcoin payments clear to the same speed as credit card payment processing, at a fraction of the price.

All of these – and potentially, much more – are services that can be developed – will be developed – once there is enough interest and use of the technology. Companies like NCR, Intuit (who’ve just finalized their integration with BitPay), and Paypal (who’ve just announced integration with all three of the major BTC processors via Braintree) are the first step towards generating enough small business adoption to really get the ball rolling on utilizing this beautiful and transformatory technology.