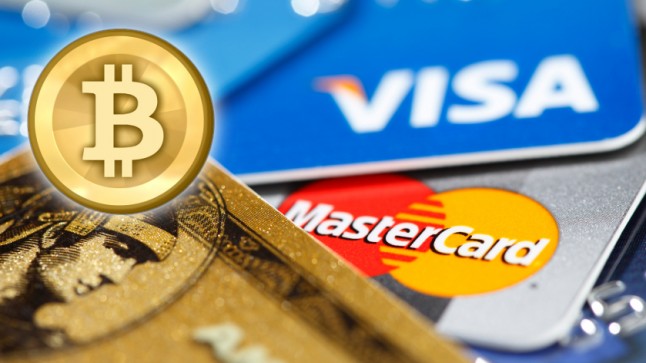 A recent report  has revealed that cash payments are causing a £17.8 billion money-pit to form in the UK retail market.  Accountancy errors, counterfeit notes and theft are 3 key failures that are essentially picking the pockets of retailers and customers alike. The shortcomings of cash payments are now driving retailers towards alternative payment methods, among which, Bitcoin may hold promise.

Rolling Towards a Cashless Society

With cash payments costing retailers an additional £17.8 billion per annum, it’s no wonder Britain is looking to adopt a more cashless society. It’s not just retailers that have had enough. While the average retailer spends £3638.57 on security, cash losses due to theft/counterfeits and cash handling, 36% of customers also prefer to pay by alternative methods. Of 1042 customers surveyed, 31% would put goods back if they couldn’t pay by their preferred method.

Could Bitcoin Become a Preferred Method?

Some businesses still believe Bitcoin is somewhat of a “PR gimmick“, and that the majority of Brits will manage perfectly well with one currency across credit cards, debit cards and PayPal. 61 % of businesses dismissed Bitcoin as a “fad”, while only 1% f the customers surveyed had used Bitcoin in the past month.  Two thirds of customers gave Bitcoin 1 out of 10 in terms of payment preference. Overall the survey didn’t scream Bitcoin for the win, but with so few of those actively using Bitcoin, that’s hardly surprising. However, there are important issues regarding the properties of Bitcoin that may not have been addressed adequately here. Dismissing the cryptocuurrency as a “PR gimmick” certainly suggests so. Let’s not forget the development of the internet was also once dismissed as a “Baloney“. There are several areas where cryptocurrencies outperform credit cards, debit cards and Paypal.

Counterfeit notes, theft and handling are all  issues that can be avoided with the addition of Bitcoin as  an alternative method of payment; not necessarily with the adoption of other non-cash payment methods. With the proof of work provided by the Bitcoin blockchain there is no way to counterfeit Bitcoins. Additionally, traditional human errors when performing cash transactions are avoided completely. Theft comes in many forms, but is far more difficult when it comes to Bitcoin, especially, when Bitcoin wallets are protected properly.

Outright fraud, fees, and on a larger scale, double spending, are 3 known major issues when it comes to credit cards. Credit card companies foot the bill when fraudulent purchases are made on stolen cards. This is one of the reasons for the ~4.5% credit card fee charged to every customer. However, credit card companies cash out twice, as they also charge businesses to process credit card payments. In contrast, Bitcoin transaction fees are tiny, at approximately 0.0001 BTC per transaction. Arguments have been made regarding fees. Yes, with Bitcoin you are your own bank and you don’t have the safety net this 4.5 % credit card fee “affords”; and yes, purchasing something in cash means the business saves a little, but that saving is not passed on to the customer.

However, cashless society is coming, and there is nothing to say that savings like these couldn’t be passed on to customers. It doesn’t seem like such a gimmick when you consider that either way you cut it, you save with Bitcoin.

On an even larger scale double spending on credit card transactions cannot occur in Bitcoin and the inflation of fiat currencies by fingers hovering over printing presses is avoided altogether.

Customers Want Everything Easy and Now

While lack of understanding of Bitcoin may be one hurdle to it’s adoption, it’s ease of use which is probably biggest. People want everything to be quicker and easier. Ready meals and contact less payments are excellent example of this. Right now, the process for Bitcoin payments is lagging behind. Having to convert manually from fiat currency to Bitcoin in real time, before sending your payment to the receiver address, not to mention waiting for confirmations is just too much to ask of some people, even though, it’s mere minutes or less. Similarly, issues regarding the regulation of Bitcoin and the desire for some companies to convert their Bitcoin payments back into fiat currency, ASAP, might also be causing issues with adoption.

This is all evident from the survey and general opinions of critics. However, we know these things and are now focusing on remedies to strengthen the position of cryptocurrencies within the alternative payments sphere. Patience is needed but with 29% of firms surveyed already believing that cryptocurrencies will become more influential and form an important part of future payment options, future survey results can only get better.