In April, we reported that MIT students Dan Elitzer and Jeremy Rubin had raised more than $500,000 with the intention of handing out $100 worth of Bitcoins to every single incoming undergraduate student.

The students also co-founded the MIT Bitcoin, which has several projects in the works, such as working with professors to track exactly what students do with the Bitcoins they’re given, and spearheading academic and entrepreneurial pursuits among students looking to examine the emerging technology.

Other business schools in the US and abroad have embraced projects related to cryptocurrency, report BusinessBecause and the Crypto Crimson. 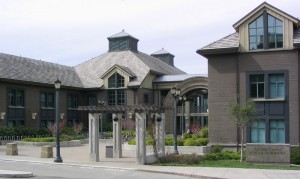 University of South California’s Marshall School of Business held a forum in June that explored trends and product innovations, and the regulatory environment likely to cause a tipping point for the mainstream adoption of Bitcoin. Forum speakers include BitVault CEO Micah Winkelspecht and CoinMkt CEO Travis Skweres.

Across the pond, the University of Glasgow’s Adam Smith Business School recently hosted a panel of experts to discuss the Bitcoin phenomenon. Speakers included Michael Parsons, a Bitcoin entrepreneur who regularly liaises with the British government about the digital currency; Garrick Hileman, an economic historian with the London School of Economics; and Javier Marti, a Bitcoin investment consultant.

The event, put together by the school’s Adam Smith Economics Society, drew more than 100 guests. The society’s online member list has since grown to more than 1,000.

Some academic institutions have gone one step further with respect to their interest in Bitcoin: accepting the cryptocurrency as a form of payment. The Institute for Leadership and Sustainability at England’s University of Cumbria claims to be the first public university to do so.

Jem Bendell, a professor at the Institute, told BusinessBecause that the decision to accept Bictoin is in part an educational experience, saying:

“We believe in learning by doing, and so to help inform our courses on complementary currencies, we are trialling the acceptance of them. The internal discussions about currency and payment innovation and the practical implications for different departments have been insightful.”

“We think it (Bitcoin) is essential to become better informed, and analyse it from many different perspectives.”

Haas School of Business, UC Berkley photo taken by User:Minesweeper on March 3, 2004 and released into the public domain