Blockchain firm BlockchainIL, cryptocurrencies investment group CoinTree Capital and private VC fund The Singulariteam Technology Group announced in a joint press release CoinReport received the launch of Alignment, a blockchain hub that will advise, create and finance early-stage blockchain projects and existing firms, from beginning through ICO, and beyond.

With its token sale consulting, Alignment will be providing token sale design and strategy, code audit and pre-sale activity services. Full turnkey ICO solutions of the company will include a full range of services, from strategy and marketing to business development. Moreover, Alignment will be incubating and financing new and current blockchain projects. 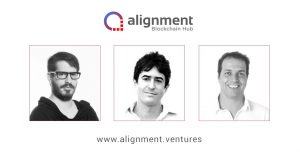 As Alignment and all three of its founding companies are Israel-based, Singulariteam Group founder & chairman Moshe Hogeg mentioned, “We’ll invest, without exception, in every Israeli blockchain company in 2017.”

He added, “We believe blockchain will revolutionize every industry in the world. Our goal at Alignment is assist, develop and fund unique and high-quality projects that will benefit the world with unprecedented new products, services and business models.”

Hogeg also clarified in an email to CoinReport via Blonde 2.0, Alignment’s PR firm, that “[Alignment] will also invest in other companies [in addition to every Israeli blockchain firm] that approach” them.

Images courtesy of Alignment via Blonde 2.0.