Some prominent trade organizations in the blockchain and digital asset sectors announced last week the formation of the Global Blockchain Forum (GBF), whose mission is to craft industry best practices and help shape international regulatory interoperability.

These organizations said in a joint press release that GBF participants will work together on consistent outreach and engagement with policymakers to encourage a greater understanding and increased use of blockchain and digital asset technology around the world.

“As we engage with these various governments, it’s important that the associations and stakeholders working with these public policymakers have some type of coordination to their efforts,” said Perianne Boring, founder and president of the Chamber of Digital Commerce, in an interview with Forbes.

The magazine reported that idea for the GBF emerged after Boring and Ron Tucker, chair of the ADCCA, found similarities in the work conducted in their respective jurisdictions.

“In our conversations, it came out that we were working on the exact same types of best practices, so why reinvent the wheel?,” said Boring to Forbes. Because a lot of members have an international presence, she said, it’s important as they go from nation to nation that best practices and regulations are somewhat the same, or “interoperable.”

The publication noted that the lack of unified policies between jurisdictions can bear significant costs to startups. According to Chamber estimates, businesses operating across the U.S. and following different state rules for money transmitters pay anywhere between $2 million and $5 million annually in compliance costs. For example, New York State operates a BitLicense, while California’s money transfer statutes have been updated to include a definition of a virtual currency business.

“A worst-case scenario here would be if conflict-of-law issues arise where you literally could not be in compliance with all the law,” said Boring to Forbes. “This is a huge impediment to innovation, investment, and to the growth of the industry in general.”

A similar situation takes place across jurisdictions. “The U.S. federal government can take one direction in how they’re going to statutorily define the technology, and then you hop across the pond to the UK and they look at it through a completely different lens,” Boring said. “For companies who have customers in the U.S. and the UK, compliance costs are going to get extremely costly very fast.” And, as the magazine notes, that doesn’t event include other jurisdictions such as Australia, Asia, and the European Union. 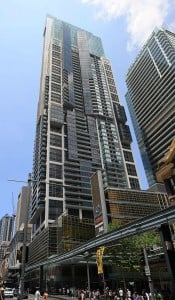 “We want to help foster international relationships and collaboration amongst business and commerce, whether it be the existing incumbents and global participants in the consulting services out there,” said ADCCA’s Tucker, whose organization members include PwC and Deloitte. “Once you pair those with the up-and-coming startup digital currency and blockchain businesses, there’s an entire revolution to come.” The ADCCA’s digital currency industry code of conduct, nearing finalization, suggests that members have appropriate anti-money laundering/know -your-customer policies in place and undergo a yearly code compliance audit.

Forbes reported that some GBF members have already started project work. Several are currently collaborating with academia, government and industry to craft standards for real-world applications like identity management. One initiative, called d.ID (distributed identity), aims to develop blockchain-powered identities for people who are not connected with a central corporation such as Facebook or Google.

Through the Forum, the magazine said, nations can learn from each others’ regulatory practices. Places like the U.K. and Singapore are much simpler compared to the U.S., which can learn from them. “That’s why were seeing what we’re calling regulatory arbitrage – the Singapore brain drain – where companies are leaving the U.S. and going to countries where the reporting and compliance costs are going to be a lot less and it’s going to be more affordable to apply,” said Boring. “But that doesn’t mean that these areas are less safe or that you see more crime. What you’re seeing is a more realistic way to deal with this technology.”

Startups that have found other nations’ regulatory policies to be favorable include London-based Blockchain.info. The company’s chief executive, Peter Smith, told Forbes he considers U.S. policy “more fragmented” and UK policy more “consistent.” He pointed to the recently announced partnership between Circle and Barclays: “That deal – the first marquee deal between a digital currency startup and bank – happened in the UK. And I think that’s telling.”

Boring told the magazine she anticipates the task for regulators will only become more complicated as blockchain applications go beyond the realm of currency. For example, regulations must be written narrowly now so that the future applications, such as smart contracts, come to market, they are not left in regulatory limbo, she said.

“That is why it’s important to have best practices early on,” stated Boring, “because as we see the blockchain grow and you see different [types] of innovation and cases and uses come forward, the regulation needs to be flexible enough to allow for that innovation.”

GBF logo – Via the press release