CEX.IO, a UK-based bitcoin exchange, recently introduced the trading of the cryptocurrency Ether, used by the Ethereum network, to its platform.

Ethereum is a decentralized platform that runs smart contract applications on a custom-designed blockchain. According to a description on Ethereum’s website, “this enables developers to create markets, store registries of debts or promises, move funds in accordance with instructions given long in the past (like a will or a futures contract) and many other things that have not been invented yet, all without a middle man or counterparty risk.”

In a press release sent to CoinReport, the company said it has expanded the range of currencies traded on CEX.IO with ETH/BTC and ETH/USD. The exchange also allows clients to purchase Ether through Visa and MasterCard. 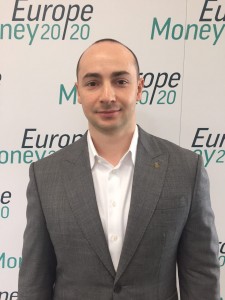 “Ethereum is a unique and one of the most promising projects within [the] blockchain industry,” said CEX.IO co-founder and CEO Oleksandr Lutskevych in the press release. “As the Ethereum market develops, we found it extremely important to support innovations and launch Ether trading on CEX.IO.”

As for other factors that influenced CEX.IO’s decision to add Ether, Lutskevych told CoinReport in an e-mail that the exchange “also considered Ether trade value on other exchanges on the market, which reflected demand of Ether trading pairs. Our customers, in their turn, expressed interest in Ether. All in all, there were no objections against Ether trading on CEX.IO.” Indeed, client response has been very positive, with many thanking the exchange for introducing Ether to its platform, said Lutskevych.

Lutskevych told CoinReport that CEX.IO is not planning to add more currencies in the near future; however, it might add other pairs with Ether.