CoinReport spoke to Charles Allen, CEO of Bitcoin Shop, a publicly-traded US digital currency e-commerce business, and Tyler Roye, CEO and co-founder of eGifter, an online gift card and group gifting company, to get their reaction to PayPal’s announcement.

Allen, who is a GoCoin investor, said the news was great for GoCoin, which also processes Dogecoin and Litecoin payments. 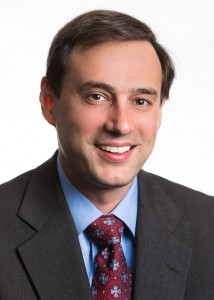 “We knew early on that the GoCoin Team and technology were the right mix to be able to scale as interest in digital currencies continues to grow. As an investor and partner, we’re thrilled for GoCoin’s success.”

Asked for his take on PayPal selecting GoCoin among its partners, Roye said:

“GoCoin is a great partner who was the first to add support for other cryptocurrencies. We began taking litecoin and dogecoin on the first day they had them available. By partnering with GoCoin and Coinbase (who we use for bitcoin processing), PayPal has selected the best companies in the business as partners.” 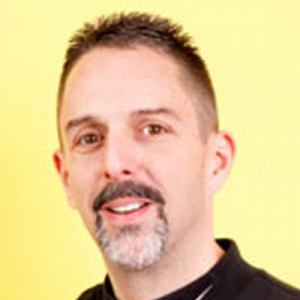 Roye said he thought it was “fascinating” that PayPal is considering not just Bitcoin but also altcoins. “Bitcoin is the obvious choice and PayPal could have stopped there. The fact that they are even considering support beyond bitcoin suggests to me they believe in cryptocurrencies in general.”

Roye said he was not terribly surprised by PayPal’s announcement, “as all the major players are looking at cryptocurrencies and other alternative payment technologies. For now they are dipping their toe in the water with bitcoin, and it will be interesting to see how their strategy evolves.”

“Part of the digital currency challenge is to get enough momentum that encourages business to develop a strategy,” said Allen. “As one of the largest companies to announce a bitcoin strategy, PayPal’s move should signal to others that it’s time to get involved in digital currencies.”

From the consumer standpoint, Allen said PayPal’s announcement means consumers will have more payment options. There is potential for competition among payment providers, which could drive down processing costs, he said.

Allen added that for merchants, they may gain access to an additional set of consumers. As for investors, Allen noted that a company the size of PayPal showing interest in Bitcoin may help drive more institutional investors to seriously consider the growth potential digital currencies offer.

Asked what the announcement means for retailers, Roye said that “by enabling small businesses to accept bitcoin, PayPal is helping move bitcoin closer to the mainstream.”

He added, “While more major players still need to get behind cryptocurrency for it to catch on, the PayPal move clearly sends a signal to retailers of all side that they need to pay attention. We’re already seeing examples of how fast the payment landscape can change.  Apple’s high profile entry into the payments game last month, for example, is going to cause a lot of retailers to accelerate their efforts to accept mobile payments at the POS [point of sale], which is a great time to consider other emerging payment options.  The disruption is reaching an inflection point and this is great for eGifter as we continue to add new payment options both for our consumers as well as the retailers who adopt our platform.”

Roye suggested some strategies for merchants who are looking to target a Bitcoin consumer base.

“Bitcoin audiences tend to be more tech savvy, so making sure your online or in-app experience matches expectations is a great place to start. It’s also important to get to know the community and support its efforts to gain greater adoption for bitcoin. Retailers who want to pilot bitcoin or other cryptocurrencies in a low-risk fashion can partner with a company like eGifter, which is an approach that requires almost no integration.”

Braintree opens private beta on Bitcoin payments for US merchants