Bitcoin Investment Trust to Create a US BTC Exchange 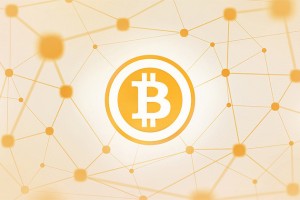 “There wasn’t any long-term planning around a pilot for a two-way market, but with the Mt. Gox news, the fact that they were suspending withdrawals, we were getting hit up by people who wanted to buy and sell Bitcoin,”

Silbert is also the CEO and founder of SecondMarket, an online market place that allows “simplified transactions for private companies and funds.” It says on SecondMarket’s website:

“SecondMarket is currently buying bitcoin, any bitcoin holders interested in selling blocks of bitcoin can benefit from our deep knowledge base of the bitcoin markets.”

BusinessInsider reached Silbert on the phone the other day. Silbert said that because of Mt.Gox’s technical issues, SecondMarket was able to capitalize during the past 48 hours. Mt.Gox, a Japanese Bitcoin exchange has been facing technical problems that have caused the exchange to halt. It has also caused Bitcoin’s price to drop significantly.

Having a new, reliable and secure Bitcoin exchange will help counteract Mt.Gox’s negative effect on the price and value of Bitcoin. It will also help people see that even though a popular exchange can shut down, another one can just as easily open up for the public. This is so long as the people want more of bitcoins. In short, it depends on the demand for the digital currency.

The fact that SecondMarket is buying Bitcoin and also that the Bitcoin Investment Trust is buying and selling Bitcoin, it places both of these platforms on the path to becoming a complete Bitcoin exchange. In addition, Silbert claims that both of the platforms are fully reliable which he feels are missing from the Bitcoin market. The icing on the cake is that SecondMarket is a registered broker-dealer. Silbert said,

“With Wall Street and institutional investors moving into Bitcoin, there is a clear need for a U.S.-based, regulated, compliant and trustworthy bitcoin exchange. This could be the first step in that direction,”

Great Response From the Market

Silbert says that he is surprised at the strong response his “pilot” market is getting. He says, “”We were not expecting this amount of incoming interest.” He also feels that this “confirms that there’s a real need and a real opportunity for a U.S.-based exchange.”

This will be a good start for a new exchange in the U.S. especially since Mt.Gox is facing some issues. It will also help promote Bitcoin to people living in the U.S and will reach a larger market. In addition, the more exchanges we have, the more options Bitcoin users and non Bitcoin users have to trade with the coins. It also keeps Bitcoin in the news and will allow more people to become aware of it. This is great in order for the Bitcoin community to continue to grow.