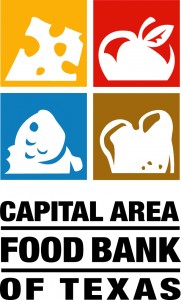 Capital Area Food Bank is a charity that helps to feed over 48,000 people. Each dollar donated to the food bank is stretched out to buy $5 worth of food. The food bank has begun using a bitcoin donation strategy, and claims to be the first US food bank to do so.

The Washington-based center acquires and distributes food through partnered networks, while educating the community about feeding the hungry and teaching nutrition. The CAFB is a member of Feeding America, a national network comprised of 200 food banks.

The food bank has partnered up with Central Texas Gunworks, where a Robocoin bitcoin ATM will be installed by owner Michael Cargill this weekend. Cargill says:

“What I’m doing is I want people to come down and actually purchase one Bitcoin from our ATM and then donate that to the food bank.”

CAFB’s partner agencies report that an increase of people seeking food assistance has gone up from 30% to 100%. Job loss, expensive housing costs and lack of healthcare are the most common factors of the increase. The non-profit charity is confident that bitcoin donations can help in relieving the American hunger crisis.

According to their website, the food bank distributes 37.5 million meals annually, provides 17 million pounds of fresh produce, serves 500,000 people within the region, and spends 92 cents of each donated dollar for food distribution, transportation and special programs.

With the help of bitcoin, the organization hopes to achieve more.

Even though bitcoin has hit hard times after the issues with the Mt Gox bitcoin exchange, the CAFB remains optimistic. They can’t lose, seeing as all of the bitcoins they receive are free. There is no investment on their part, so there is no risk. Linden commented:

“We’re on the receiving end of Bitcoin and so therefore there’s no investment on our end, there’s no expenditure or overhead. 100% of all the donations come to us so we don’t have a real risk or liability in the process. So even though we’re following the story and we watch what’s going on, at this point we don’t have a risk.”

The Japanese bitcoin exchange went bankrupt after losing 850,000 pieces of the digital currency, amounting to the loss of more than $400 million.

The Pensacola, Florida outreach center hopes to put an end to homelessness. In order to obtain more bitcoins, King has set a goal to raise poverty awareness and earn 1,000 bitcoins. He is in the midst of running a marathon from Miami to San Francisco, in hopes of spreading the word about Sean’s Outpost.

This just goes to show the power of bitcoin. Mt Gox may have endangered bitcoin’s reputation, but organizations that implement bitcoin positively prove that bitcoin is a valuable commodity worth looking into. Those in need can rely on bitcoin for a helping hand.

Donations to the Capitol Area Food Bank can be made at this link.

For more news and information on the many uses of bitcoin, stay tuned to Coinreport.net.