Bitcoin Approved by Feds to be Used in Campaigns 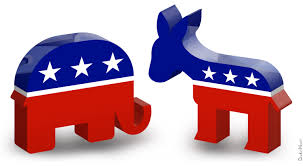 Politicians now have approval from the Federal Election Commission to use bitcoins in their campaign runs. It was unanimously decided on May 8th that digital currency donations can be used to support politicians.

The election commission did have some conditions they set out for politicians accepting bitcoin donations. The first one being that donors mustn’t contribute anonymously. The second, treasurers will have to do background checks to make sure that the bitcoins were not linked to any illegal means.

“It’s another part of the growing body of regulation that establishes bitcoin as a co-equal part of the financial services system.”

Immediately following the decree, Colorado representative and bitcoin enthusiast Jared Polis, announced that he would welcome bitcoin donations for his campaign. Polis commended the commission’s decision and added that

“…the rights of individuals seeking alternatives to government-backed currencies to participate in our democratic political process.”

Before the official ruling was approved, politicians already began wrapping their heads up around the concept of implementing bitcoins to their elections. Texas Attorney General Greg Abbott saw the value of using bitcoin’s to give him an edge in running for governor.

Now that he is welcome to accept bitcoins, Abbott’s campaign should run even smoother. Abbott stated before the official word:

“The spirit of Bitcoin embodies the free market principles that make Texas a leader in innovation and entrepreneurship. We welcome the Bitcoin community to join our team.”

Unlike Abbott and Polis, one politician decided to stop accepting bitcoin donations, fearing that regulators would not rule in its favor. Wisconsin politician Mark Clear is a candidate for the seat of state representative.

He quit taking in bitcoin donations and returned $100 dollars worth of the digital currency to one of his supporters. Clear’s decision came after the Government Accountability Board decided to not ‘waste its time’ with bitcoin.

A spokesperson for the accountability board, Reid Magney, stated:

“The Board did not believe it needed to set a policy on Bitcoin because Bitcoin is not one of the forms of negotiable financial instruments authorized by state law for campaign contributions.”

With bitcoin approved by federal regulators, Clear may rethink his impulsive decision to exile bitcoin from his campaign.