Bank of Tokyo-Mitsubishi confirms testing of own digital currency 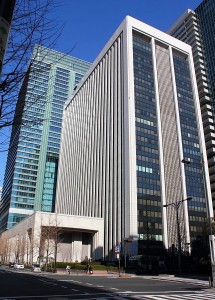 Last week, the Asahi Shimbun newspaper reported the bank would soon issue a digital currency to be made available in 2017.

“Reading the speculation (in) media reports, these reports are not based on any announcement by MUFG [Mitsubishi UFJ Financial Group Inc., the bank’s parent company], and the details have not been reported,” said the bank’s spokesman in an email to Reuters.

“However we can only say that it’s true that MUFG is conducting demonstration experiments on the ‘Coin’ within the company utilizing a block chain technology.”

According to the newspaper report, said Reuters, users would be able to withdraw funds from their bank accounts into a mobile app. The conversion rate would be one MUFG coin to 1 yen.

The coins would function like prepaid electronic money such as “Suica,” already in wide use in Japan, said Asahi Shimbun. But users would be able to send MUFG coins via the internet for a low fee.

The publication also reported the bank is creating ATMs through which consumers can withdraw the digital currency onto their smartphones. The ATM system, slated to roll out by spring 2018, would allow users to convert MUFG coins into cash.

Gatecoin fundraising to reimburse $2M in cryptocurrency stolen in cyberattack