A few weeks ago, OKCoin, a Bitcoin exchange in China, posted on its website that it would stop providing prepaid recharges as per the suspension of its “payment channel.” Just today, OkCoin received a call from China Construction bank that said that it would stop support for OkCoin. A representative from OKCoin posted the details on reddit explaining what happened.

OkCoin’s China Bank Account and Should you be worried

The Bitcoin exchange’s representative explained that four main things were understood from the exchange with China Construction Bank.

This means that OKCoin will be unable to use its Construction Bank Shangdi account to recharge customers’ accounts. However, this doesn’t indicate that the Bitcoin exchange can not recharge at other banks. In fact, according to OkCoin representative, recharging at other banks is not an issue because they haven’t been affected by the call.

OkCoin reassures that its withdrawals are working and there are no problems regarding this.

Being proactive in providing the best services for its users, OkCoin is taking the next steps to fix the current problem. It was written on reddit by the representative,

OkCoin’s representative reaffirms that no one is “freaking out” and that all is well. In fact, the Bitcoin exchange has “other ways for users to recharge their accounts.” 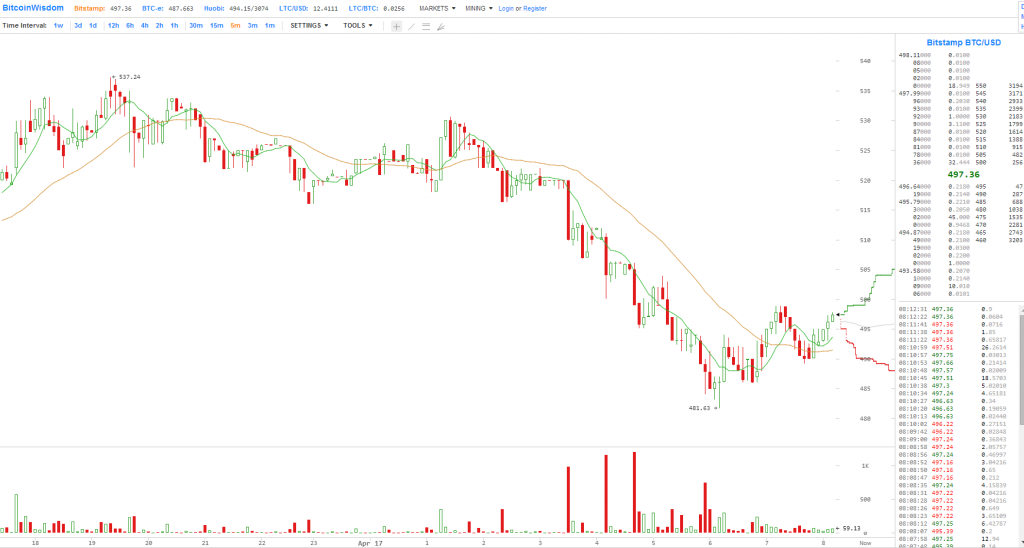 Bitcoin’s price has decreased, partly as a result of OkCoin’s news, from its high of $537. However, since the Bitcoin exchange reassures that it has other ways to fix the minor problem, this shouldn’t be too much of a concern over the long term.