Augur, a startup developing an application on Ethereum, launched a crowdsale on August 17 to help fund its project of becoming the first decentralized prediction market in the world.

The company is selling cryptographic tokens called Reputation (REP), also known as a score, to be used to “form the distributed oracle that determines the outcome of market events,” states the crowdsale website. In the first two weeks of the sale, Augur raised more than $4.4 million USD in a combination of Bitcoin and ether, Ethereum’s own cryptocurrency, and saw more than 3,800 accounts created.

It is through these accounts that REP buyers can report on the outcome of events, for instance the 2016 United States presidential election. Augur uses the odds of Hillary Clinton winning the election in an example prediction market in a YouTube video explaining how REP works.

In a market created on the Augur network, an event will be wagered and REP holders will be required to report on outcome results to Augur in two steps. Within a one-month period, REP holders, or reporters, will privately and securely submit outcome results to the Augur network. This is then followed a month later by a second report publicly submitted in plain-text for all to see. After a reporting period is completed, consensus is achieved, leading to two financial events. Reporters who wagered correctly are paid for their predictions. Honest and active reporters get trading fees proportionate with REP holdings. Half of trading fees go to market makers (markets are where prediction takes place), the other half to REP users. Meanwhile, dishonest and negligent reporters lose tokens, which are then redistributed to their honest and active counterparts. The tokens are only necessary for people wishing to report, not for those just looking to wager or to create markets.

REP is not minable. Only 11 million token will ever exist, and of that amount 80% is being sold in the crowdsale, slated to end October 1. 16 percent will go to the Augur team and its advisers, and four percent to the Forecast Foundation, the non-profit behind the startup.

Augur explains on its website that the full distribution might change the amount of responsibility (and funds) people decide to invest into the software. The company emphasizes responsibility, as that is what holding REP requires. “Augur can only be decentralized so long as there is a decentralized oracle solution to our software,” the website says. “That is what Reputation provides.”

REP holders are expected, in frequent installments, to report on the outcomes of a random selection of closed events/predictions in the platform. This involves choosing among three options: Yes (event happened); No (it did not); or Ambiguous/Unethical. If the latter reaches consensus, reporting will be pushed back to the next period until it eventually closes without resolution.

Reporters who fail to report as assigned during an allotted period, or do not report each reporting period, will lose Reputation, as will people who report dishonestly or disagree with the consensus.

One purpose of the crowdsale is to incentivize people who purchase REP to report honestly because there is something valuable at stake if they don’t. If tokens were distributed for free, the company says, people could easily Sybil-attack the platform (something akin to ballot stuffing) and would not have as much of an incentive to report correctly.

In an International Business Times (IBTimes) article on the project, Jack Peterson, one of Augur’s core programmers, described the system of algorithms involved as a “lie-detector.”

IBTimes reported Augur “views packages of decisions every month or two months, and determines how people have voted across multiple decisions, to reveal which voters regularly stick out like a sore thumb from the consensus. It then reduces their voting clout by reducing their reputation.”

“There are built in incentives for people to behave properly here. I think that’s one of the other intriguing things about the platform; it’s a very carefully crafted set of incentives,” said Peterson to IBTimes. “This is more than just computer science. It’s game theory: economic incentives in general, game theory in particular.”

Augur states on its website that historically, prediction markets have lagged because of dated jurisdictional regulation, lack of value due to limited payment options, a dearth of markets and even erroneous payments. The company argues that centralization is at the root of these issues, which blockchain technology can solve. It says its prediction markets remove counterparty risks and centralized servers, and create an international market by using cryptocurrencies such as Bitcoin and ether. All funds are stored in smart contracts and cannot be stolen.

On the matter of fund management, all proceeds received from the crowdsale are under control of a multi-signature wallet, which requires the co-signature of at least two of the following three signers: the Forecast Foundation, BitGo, and Ethereum founder Vitalik Buterin.

Three-quarters of crowdsale proceeds will support development and operations, 15 percent will go to a legal contingency fund and the remaining 10 percent will be allocated to marketing and community outreach.

Augur raised $1.3 million within the first 26 hours of the software sale. The difference between that success and going nowhere is marketing, wrote Tony Sakich, Augur’s director of marketing, on his Medium-hosted blog. 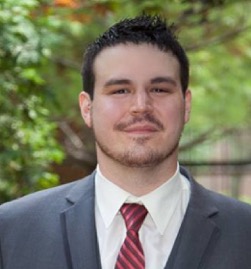 “Most open source decentralized projects fall to understand this and that is why most ultimately fail and gain no users,” wrote Sakich, who outlined some recommendations, based on Augur’s approach, on where to allocate marketing dollars. He said rather than wasting money on paid advertisement, it’d be better to invest in a publicist, quality videos and graphics, talented people who are passionate about your project and authentic – not outsourced – social media and community outreach.

In the first few days of the crowdsale launch, Augur raised more than $2.4 million; within the first 26 hours, more than 2,200 accounts were registered.

In an interview with CoinReport, Sakich said, “I kept my expectations in check the entire time but I was very confident we would do well under market conditions. We did enough things differently and correctly to make sure our target audience knew about it without being inundated with information. The targeting and credibility were on point so that definitely gave me confidence.”

What the level of interest in Augur signifies to Sakich is that “many people feel that Augur has great potential to be the ‘killer app,’ not just for Ethereum but for blockchain tech in general. We have a long way to go before we can say that definitively, but the market appears to believe in the idea and project, which gives me additional optimism.”

This optimism follows initial skepticism on Sakich’s part. Formerly the marketing manager for BitPay, where he led the first Bitcoin-related television ad campaign in the U.S., Sakich joined Augur this past January following vigorous recruitment by Jeremy Gardner, the startup’s director of operations.

After learning more about the project, Sakich eventually accepted it, and ever since “it’s been a wild ride full of very talented people. He added, “Before Augur, I had very little interest in prediction markets, but the more I learned, the more it became apparent this is a really big deal, and the potential is higher than almost any other crypto project I see on the landscape.”

Another key aspect in Sakich’s decision to join the Augur team was the Forecast Foundation, whose goal is to develop and promote the Augur project on an international basis. He told CoinReport that Augur being under the foundation sent a clear message about the team’s intention and the startup in general, which he felt aligned with the kind of project in which he wanted to participate.

Among the advantages Augur lists on its website for the public to participate in prediction markets are becoming more aware, profiting by revealing truth, validating experience and hedging against risk. Sakich told CoinReport there are many more benefits, stating, “One potential benefit I would like to see happen (as this is far from proven) is to prove that political pollsters and pundits are not providing anything important when discussing polling numbers in elections.”

Following the completion of the crowdsale and a beta test, Augur anticipates a winter 2015-16 launch. Sakich said, “The goal is to create to create a very user-friendly platform that encourages anyone with expertise in a field to participate and lend their knowledge to a market,” with a focus on “making the absolute best product possible.”

Asked where Augur sees itself by the end of the decade, Sakich told CoinReport, “I think the best way to answer that question would be to create a prediction market on Augur about it.”