Atlas ATS, a virtual currency exchange platform created by Wall Street, has announced a partnership with the National Stock Exchange (NSX). NSX is a relatively small stock exchange that is owned by CBOE Holdings. With this partnership, Atlas ATS will be able to speed up the regulatory process in order to have more time for development, according to the WSJ.

Atlas ATS in Partnership with NSX

This move will allow faster regulatory approval for Atlas ATS. The Securities and Exchange Commission (SEC) classifies the Nation Stock Exchange as a self-regulatory organization. This means that the NSX will be able to make the rules for how Atlas ATS will run its business.

This plan is a loophole around the money-transmitting licenses requirement that the Financial Crimes Enforcement Network (FinCEN) issued back in October. Besides Atlas ATS, digital currency exchanges Kraken and CoinMKT are also planning on doing something similar. However, this process is both time consuming and costly.

New York based digital currency exchange, Atlas ATS, is aiming to be exempt from the guidance detailed by the FinCEN. By partnering up with NSX, Atlas ATS is able to do this without any known repercussions.

The SEC hasn’t responded to this partnership, but Atlas ensures that they are going by rules approved by the SEC. The partnership for NSX will allow more money to be brought into the company. It will also make it a more popular exchange.

According to Atlas ATS CEO, Shawn Sloves, the company is processing 100 to 1,000 trades on a daily basis. With this partnership, the volume of trades are hoped to increase.

In the beginning of March, Atlas ATS announced that high-speed global connectivity provider Perseus, will be the Network Service Provider for the company. CEO Shawn Sloves said,

“Selecting Perseus as our exclusive global network partner allows the ATLAS ATS teams in New York, Hong Kong and Singapore to focus on maintaining first to market advantage with the most robust FIX engine for digital currency trading.”

With this, Atlas ATS aims to be one of the best Bitcoin exchanges available to users. 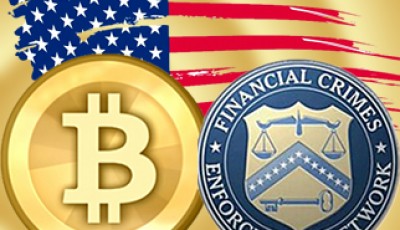