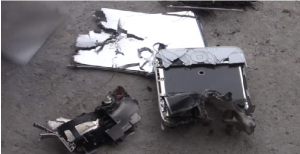 Supporters of bitcoin are not pleased with Apple’s recent decision to remove the last biggest bitcoin wallet app from their network. Many people expressed their feelings towards the decision by taking to different social medias. The overall vibe of the feelings were of clear outrage.

Round-Peg, a user on Reddit, offered to gift a Nexus 5 to the first five people who recorded a video of themselves destroying their iphones on camera. The video had to be posted on youtube with the specific mention of the iphones being smashed due to Apple’s decision of removing the bitcoin wallet app from the App Store.

Within an hour of the post, a user by the name of netpastor, a missionary on leave from Argentina, took up the challenge and up-loaded his adventures of iphone smashing. Because the time when he recorded the video was late and his family was sleeping, netpastor can be heard in low tones in the video. But, some things just cannot be put-off for mornings. After ruining the device, he is heard whispering,

“Go bitcoin. Down with Apple.”

To view the video, click here. As quickly as Round-Peg’s post was voted to the top, just as quickly it was removed from the site. Violating Reddit’s policy was cited as a source of the post’s removal.

Ryan’s Range Report (R3), a youtuber, is another iphone user who took up the challenge. He is seen shooting his iphone to smithereens and says “I’m really looking forward to my Nexus 5.” About the bitcoin wallet ban, he says,

“I use a lot of their products, but it seemed like kind of a bunk deal.”

These are representations of how important the bitcoin venture is for the supporters of the digital currency. It is showing the growing tensions between the online currency and the “real world.” It might be that Apple has removed the bitcoin wallet app because they do not know how the government will regulate bitcoin. Regardless, the glaring vibes being received from Apple are those of resentment and competition. Only the future will unravel the truth.