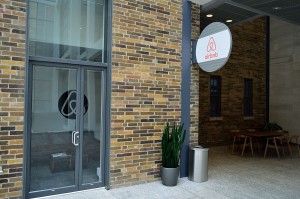 An Airbnb office in Toronto, Canada.

Home-rental firm Airbnb has “acqui-hired” the majority of staff behind ChangeCoin, a startup that operates the bitcoin-based social-media micropayments system ChangeTip, reported Quartz.

Sources who spoke to the online publication said Airbnb has been researching some bitcoin and blockchain startups to study what the technology could do for its services.

Quartz noted that players in the sharing economy like Airbnb and Uber could benefit from a distributed ledger system. But despite the alternative lodging service recently hinting at interest in blockchain technology, Airbnb seems to only be interested in the talent behind ChangeCoin.

Sources told Quartz that ChangeCoin is shopping its intellectual property. An Airbnb spokesperson later confirmed to CoinDesk that the company is “not acquiring the assets of [ChangeCoin], nor do we have any plans to incorporate bitcoin into the Airbnb ecosystem.”

According to CoinDesk, sources said Airbnb took on mostly staff focused on general product development and based in the San Francisco area, which is also the location of Airbnb’s headquarters.

The news outlet said that representatives from Blockchain Capital and Pantera Capital, two of ChangeCoin’s investors, reported that an auction is ongoing for the startup’s remaining assets.