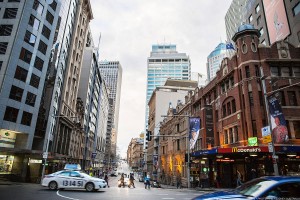 Standards Australia is pushing the International Organization for Standardization (ISO) to prepare global standards for the blockchain, reported The Australian.

The peak standards-setting organization for Australia is offering the assistance of Australian expertise to the Geneva-based ISO.

The newspaper reported that Australian Securities Exchange (ASX) recently acquired a stake in New York-based Digital Asset Holdings, which is exploring the prospect of using its blockchain technology to help replace its CHESS sharemarket clearing system, while Australian banks are also examining the potential uses of blockchain technology.

“We have had sufficient stakeholder support to put this proposal to the ISO,” said Adrian O’Connell, Standards Australia’s acting CEO, to The Australian. “Having interoperability between the different blockchain traders around the world will be key to unlocking the potential for blockchain. It requires international standards to help unlock its potential and the best means to do it is through the ISO.”

O’Connell, whose group is an ISO member, told the newspaper he expected the international body to take up the matter after the proposal was put to its members. The ISO, which has more than 160 members, needs the support of only five to take up an issue once a member proposes it.

“I would be very surprised if they didn’t take this opportunity to develop standards for blockchain given all the research and information which is now available on it,” said O’Connell to The Australian. “By seeking to have the ISO set up a technical committee on blockchain, we are making it clear we are interested in this area.”

He added, “It will give Australia an opportunity to be in the box seat to help determine what blockchain will be able to deliver.”

The newspaper reported that the Australian Securities & Investments Commission has expressed interest in collaborating with blockchain players and the financial services sector to craft a regulatory framework for the technology.