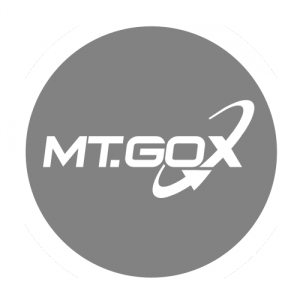 The Yomiuri Shimbun, a Japanese newspaper, reports that about 99 percent of the Bitcoins that vanished from Mt. Gox’s transaction system may be the result of fraudulent transactions and not from cyber-attacks as the company initially alleged.

The newspaper reported that the Tokyo Metropolitan Police Department has been investigating the disappearance of approximately 650,000 Bitcoins from Mt. Gox, which is currently going through bankruptcy procedures.

According to investigative sources with the department, police have concluded that about one percent of the total Bitcoins missing – approximately 7,000 BTC – were lost due to cyber-attacks. The sources said the remaining 99 percent are highly likely to have vanished after the Mt. Gox system was fraudulently operated by an unknown party, reported The Yomiuri Shimbun.

Currently investigating Mt. Gox, the police department suspects a person familiar with the exchange may have misappropriated customers’ Bitcoins.

Investigative sources said that based on analyses of access records and other materials, police found traces of cyber-attacks that made the Mt. Gox system believe there were failed remittance operations, resulting in erroneous payments of 7,000 BTC. However, there was no indication of such cyber-attacks on the remaining 643,000 BTC, said The Yomiuri Shimbun.

The newspaper reported that following the voluntary submission of Mt. Gox’s server system, police investigators restored and analyzed the transactions records on the server, finding at least two suspicious accounts whose balances continued to grow despite no records of Bitcoin having been bought.

Through system operations, the balances in customers’ account were transferred to these suspicious accounts. When the affected customers reviewed their Bitcoin balances online, the transfers were not displayed.

The Yomiuri Shimbun said that based on these findings, police believe that an unknown party may have regularly conducted sales transactions using the Bitcoins transferred from customers’ accounts to earn a profit margin. But due to the falling market and other factors, the transactions likely spurred massive losses, eventually leading to the disappearance of customers’ Bitcoins, said investigators.

Police believe such fraudulent activity could be committed by individuals familiar with the Mt. Gox system, such as people involved in transaction server management. Police will question Mt. Gox staff members and people related to the company to explore how the system was managed.

He told the newspaper that Mt. Gox was also conducting a separate investigation into the missing Bitcoins, and that he was unable to provide comment on the matter in detail at the time.