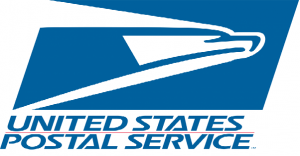 The struggling US Postal Service (USPS) is looking into the possibility of adding crypto-currency exchange to its network of non-bank financial services.

Last week’s webinar led by the USPS Office of Inspector General (OIG) on bitcoin and other forms of digital currencies was an initiative to “explore the possibilities” of dealing with crypto-currencies. Furthermore, the goal is to setup actual bitcoin and other digital currency exchanges at post offices with the hopes of increasing profits. Representatives from the Universal Postal Union (UPU), the World Bank, the Federal Reserve Bank of Chicago, Booz Allen Hamilton and George Mason University, including others attended the event according to MainStreet.

Once upon a time, the postal service was the only way of communicating with other people. But with the recent rise in technology and specifically the internet, the postal service might seem just a little bit outdated. Or rather, there are quicker methods of communicating. Hence, it comes as no surprise that the majority of the bills are now paid online and writing letters has decreased by 25% since 2010. Moreover, running the postal service does not come cheap. The federal government spends $15.9 billion a year to make USPS function.

The postal service might be looking to make its own form of digital currency with the name of “postcoin” specifically for USPS services. A bitcoin consultant, Darrell Duane involved in the webinar, told CoinDesk, “There were suggestions like if someone made ‘postcoin,’ ‘What would that be?’ ‘How could that help?’ If we were to employ the technology to support post office operations around the world, internationally, how could crypto currency help post offices do their business?”

The OIG released a report addressing the possible advantages of hosting non-bank financial services. They said in a statement,

“The Postal Service already provides non-bank financial services like money orders and international money transfers, and many American families could benefit if the Postal Service expanded its offering.”

This opportunity will give many a chance to make use of the service to benefit them along with benefiting the postal service. So, it seems like a win-win situation. The USPS OIG stated, “Around the world, financial services are the single biggest driver for new revenue for postal operators, and the conditions may be ripe for similar success for the U.S. Postal Service. If just 10% of the money underserved Americans currently spend on alternative financial services were instead spent on more affordable products from the Postal Service, it could generate some $8.9 billion in new revenue.”