USAA partners with Coinbase to bring bitcoin to members

Coinbase announced Tuesday on its blog that the United Services Automobile Association (USAA) has partnered with Coinbase to bring bitcoin to its 11 million members.

According to the blog post, the USAA now allows a select group of its members to view their bitcoin balance on USAA.com and the USAA Mobile App as part of a pilot that was rolled out to its employees in September. 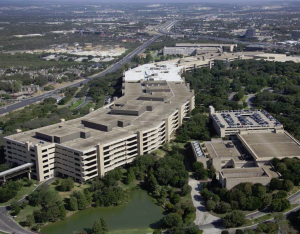 The McDermott Building is three-quarters of a
mile long and sits on a 282-acre campus located in San Antonio.

Founded in 1922 by a group of U.S. Army officers that were unable to get auto-insurance because they were deemed to be high-risk by traditional financial service providers, the USAA provides insurance, banking, investments, retirement products, and advice to 11.2 million current and former members of the U.S. military and their families.

Coinbase said in the blog post that bitcoin was created also to serve the needs of people that traditional financial services don’t sufficiently serve, and that the partnership is another small step in their journey to help bring bitcoin to more people in the U.S.

“We’ve enjoyed working with the USAA team so far and look forward to collaborating with them more in the future,” said the blog post.

“If you are interested in learning more about the pilot, please visit here.”

Strong start for bitcoin and blockchain technology this week