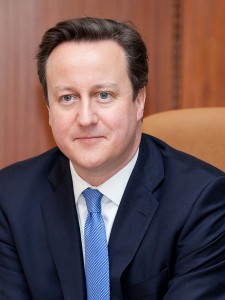 “This government wants to the UK to be the leading FinTech centre in the world, that’s why, at the Summer Budget, we appointed a Special Envoy for this fast growing sector,” said Cameron as reported by IBTimes UK. “I’m pleased that Innovate Finance’s manifesto has set such ambitious goals including the creation of 100,000 jobs. This will ensure we are a world leader in the development of financial services technologies.”

Justin Fitzpatrick, a non-executive director of Innovative Finance and co-founder of data provider DueDil, told IBTimes UK, “It is important that the UK continues to maintain an open environment for skilled immigrants, the UK has always been an attractive place for global talent. That needs to continue, not only to propel the economy but also it’s an important factor in skill transfer, so that we can up-skill the next generation of FinTech workers in the country.”

Fitzpatrick added that another key factor is continuing support for STEM (science, technology, engineering, and math) education, as many positions needed in financial technology demand skills garnered via training in these subjects.

“It’s great to get this support [from the PM] considering we only launched a year ago,” said Fitzpatrick to the IBTimes UK about Innovate Finance. The organization boasts 120 members, ranging from startups to large banks, who provide financial support to the group. “They join Innovate Finance to provide a co-ordinated voice on policy and regulatory issues, to access education events which facilitated partnerships between large financial institutions and technology disrupters.”

Cameron made his comments about Innovate Finance’s manifesto as he was wrapping up his first trade mission post-re-election in Southeast Asia, and among the delegates was British Bitcoin firm Blockchain, which raised $30 million last fall.

TechCrunch reported that this is a good sign for the Bitcoin sector in the UK as the British government has yet to adopt an official stance on the digital currency.

In March, the UK Treasury announced that the British government was planning to apply anti-money laundering rules to digital currency exchanges. The Treasury said the new regulation would support innovation and prevent criminal use of digital currencies.

Meanwhile, the Bank of England has said the advent of digital currencies could revolutionize the way British citizens pay for goods and services. In a discussion paper released in February, the central bank said that “digital currencies, potentially combined with mobile technology, may reshape the mechanisms for making secure payments, allowing transactions to be made directly between participants. This has potentially profound implications for a financial system whose payment mechanism depends on bank deposits that need to be created through credit.”

As noted by TechCrunch, the Bank of England also noted that “while existing private digital currencies have economic flaws which make them volatile, the distributed ledger technology that their payment systems rely on may have considerable promise.”

The news outlet said bringing a Bitcoin firm along for a trade mission is a sign that the UK want to play a key role when it comes to welcoming Bitcoin startups and becoming a hub for the digital currency.

“There are a couple of peer-to-peer loan companies and then there’s an e-commerce company and a bank software-as-a-servicer” on the trade mission, said Blockchain co-founder and CEO Peter Smith to TechCrunch. “Other big companies on the delegation are massive infrastructure companies.”

Smith told the news outlet that he was optimistic with respect to Bitcoin regulation in the UK. “We’ve been working pretty closely with [10 Downing Street] and the policy makers in the UK generally. I think the invitation is a reflection of the positive relationship and the Prime Minister’s dedication to fintech, and especially fintech 2.0.”

Smith added, “Recently they committed £10 million in budget to study this stuff. [Chancellor of the Exchequer] Osborne has made a lot of public comments supporting bitcoin publicly – we expect a regulatory framework soon.”