The South Carolina Securities Division has dropped Genesis Mining from its March 9, 2018, administrative order to cease and desist, according to an email CoinReport received from Front Lines Media, Genesis Mining’s media strategy company.

This follows five months of educating and discussing the matter with South Carolina officials, says the release.

“We are happy to announce that the South Carolina Securities Division has dismissed Genesis Mining from its March 9, 2018, Cease and Desist,” said Hafizi in the email. “One of our company principles is transparency. After all, it is a core value of blockchain technologies. Over the past five months, we’ve worked closely with South Carolina officials to educate and provide a practitioner’s perspective on mining, blockchain networks, and the decentralized nature of the technologies we support.”

He added, “By working together with regulators, we can ensure that investors are protected and innovation is not stifled. We believe for the industry to reach its true potential, companies and regulators need to collaborate. We strongly encourage blockchain companies, regardless of where they are in the world, to proactively engage with local regulators at all levels.”

This is one of the first times a blockchain company has fought back against aggressive regulation and won.

According to a March 12 news report by CoinDesk, the South Carolina Securities Division stopped Genesis Mining together with Swiss Gold Global Inc. in the March 9 order, saying that mining contracts sold to state residents are regarded securities and alleging that Swiss Gold Global acted as a broker dealer for Genesis without getting registered in the state to offer securities.

Both the companies were also banned from doing business in SC and perpetually barred from offering securities in the state in the future.

The full order dismissing the mining company from the previous cease and desist order can be found below: 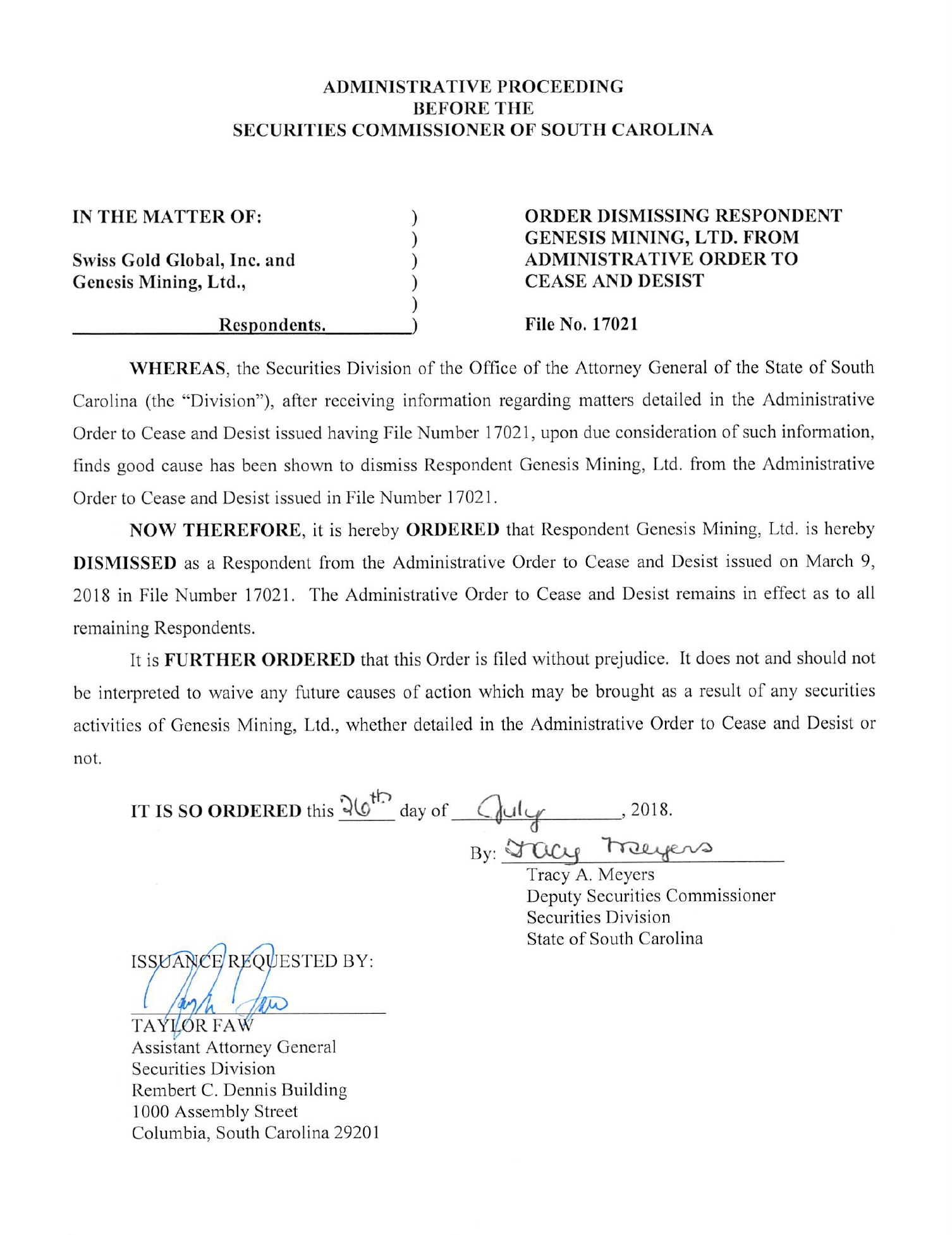