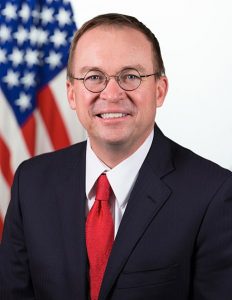 The Consumer Financial Protection Bureau (CFPB), an agency of the United States government responsible for consumer protection in the financial sector, has announced the launch of a new “regulatory sandbox” to simplify it for emerging financial technology firms to bring new products to market, specifically in such disruptive domains as microlending, digital currencies and blockchain.

The announcement was made by the CFPB’s acting chief, Mick Mulvaney.

According to an email CoinReport received from Ripp Media, law firm O’Melveny’s communications agency, a former Arizona assistant attorney general, who previously assisted in developing the sandbox program of the state, will be overseeing the initiative.

The CFPB’s new office of innovation is reportedly hoping to assist firms with different ways to stay compliant with financial regulations, including how they deal with consumer credit scores and mobile payments, and also how they gather data from social media.

In the new sandbox, rapidly expanding financial technology companies will be presented with not only risks, but also opportunities. Observing the progress is Laurel Loomis Rimon, an ex-federal prosecutor who served as the CFPB’s assistant deputy enforcement director. She is now a member of the financial technology/financial regulatory team with O’Melveny.

“The CFPB appears poised to open the playing field for fintech entrepreneurs,” said Rimon in the email we received. “Unlike the CFPB’s prior Project Catalyst, if the Office of Innovation becomes a true regulatory sandbox, it will provide much needed protection to many developers and businesses trying to provide new financial products and services while remaining compliant with uncertain rules.”

Sharing her thoughts on how it can be ensured that everyone plays nice in the sandbox, Rimon said, “To be effective, the CFPB will need to do more than it has done previously,” pointing out the agency issued only one “no-action” letter to a California-based online lending platform since it was launched in 2012.

She added, “It will need to develop a robust process for approving participants in the sandbox, provide ongoing guidance and protect participants from enforcement activity related to approved conduct within the sandbox. The CFPB should also engage with state regulators to develop a broader sandbox nationwide, as fintech companies are currently severely burdened by the multitude of different consumer protection requirements across the various states.”

Concurrently, Rimon stated, “The regulatory sandbox should not preclude the CFPB’s enforcement arm from taking action against those fintech companies that may be taking advantage of consumers through fraud or disregard of important consumer protection laws. A balanced approach will provide the greatest confidence to consumers and the marketplace, allowing fintech start-ups the best chance for long-lasting success.”

She goes on to note that it will be necessary for the agency to integrate its new sandbox with the larger financial regulatory regime.

“While perhaps wishful thinking, the greatest opportunity for fintech innovation would lie in a coordinated sandbox effort among federal (and state) regulators,” she said.

“A participant in the CFPB’s sandbox may still face overlapping jurisdictions and unclear rules by other financial regulators such as FinCEN or the SEC.”

As well as working for the Justice and the CFPB, Rimon also served as general counsel in the Inspector General’s office at the Department of Homeland Security, where she advised on several criminal and administrative investigations, audits and enforcement actions. Moreover, she was an investigative counsel at the Federal Housing Finance Agency’s Office of Inspector General. 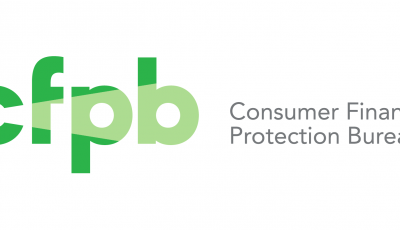