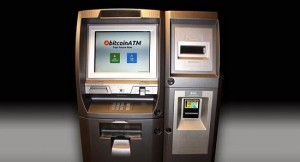 Austin’s second Bitcoin ATM has just gotten online. Located at a gun store called Central Texas Gun Works, the Bitcoin ATM was introduced on Sunday. The owners of the gun store organized a fundraiser for the Capital Area Food Bank on Sunday where they showcased their new Bitcoin ATM.

Over $500 was collected for donations through the digital currency. In addition, it was reportedly the first time the Capital Area Food Bank accepted donations through Bitcoin. The owner of Central Texas Gun Works, Michael Cargill, had this to say,

“This is the way things are going. Crypto technology; we are going in that direction and bitcoin is here to stay.”

The owners of the gun shop want to be at the forefront of the dynamic virtual currency’s trend.

A few weeks ago, Austin’s first Bitcoin ATM, a Robocoin machine, was installed in the Handlebar. This was America’s first Bitcoin ATM. With this ATM, users can withdraw and deposit money in exchange for bitcoins. The owner of the bar, Brett Vance said that the process of installing the Robocoin Bitcoin ATM was fast and easy. He said,

“Within 30 minutes the guys were down here checking out the space and we came to a deal to put it in the bar.”

America’s first Bitcoin vending machine was installed in Albuquerque in a cigar shop near the University of New Mexico. The machine is called a vending machine because it does not churn out cash like a regular Bitcoin ATM would. Instead, it takes cash and in return you get Bitcoin.

The owner of the Bitcoin vending machine, Eric Stromberg, had this to say,

“This is my current contribution to advancing Bitcoin into the mainstream.”

Having either Bitcoin ATMs or Bitcoin Vending machines helps to take Bitcoin out of the virtual world and into the real world. In addition, it makes Bitcoin more accessible to the people and also spreads awareness of it. It seems like the Bitcoin fever is spreading in the U.S.