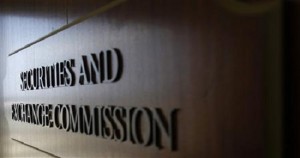 The United States’ market regulator Securities and Exchange Commission (SEC) warned investors about the risks of partaking in bitcoin related activities on May 7. They cited that the digital currency has the possibility of giving rise to frauds and presented high risk investment opportunities.

An alert was issued cautioning investors about the potential risk of delving in bitcoin. The alert read,

“A new product, technology, or innovation – such as bitcoin – has the potential to give rise both to frauds and high-risk investment opportunities.”

The SEC’s Office of Investor Education and Advocacy stated that the purpose of the alert was to educate and make aware investors about the possibility of investment risks involving bitcoin in specific and other forms of digital currency.

The alert further stated that investors who might be interested in bitcoin or other forms of digital currency,

“can be easily enticed with the promise of high returns in a new investment space and also may be less skeptical when assessing something novel, new and cutting-edge.”

The US Securities and Exchange Commission pointed out that bitcoin is not considered a legal tender and stated that using and exchanging with the digital currency may possibly become restricted by federal, state or foreign governments.

The alert pointed out for everyone that unlike traditional currencies, the digital currency known as bitcoin or any other digital currency for that matter functions without a central authority, banks and is not backed by any single government. Hence, part of the rise in popularity surrounding digital currencies was this unique characteristic of being decentralized.

The SEC also pointed out after having highlighted security concerns regarding digital currency, that bitcoin exchanges may be completely and permanently shut down or stop operating as a result of fraud, technical problems, hackers or malware.

Before the issuing of this recent alert, SEC had previously warned against partaking in bitcoin related activities by citing Ponzi schemes. So, this is not the first time that regulators in the United States have raised alarms about digital currencies.