Safe Cash Payments Technologies, Inc. has announced its blockchain can handle up to 25,000 transactions per second, according to a press release sent to CoinReport.

This reported transaction time is 3,000 times the number of transactions bitcoin’s blockchain can currently handle. For Safe Cash, the time to complete and final settlements is less than five seconds. These transaction times mean that Safe Cash has the world’s fastest private blockchain. 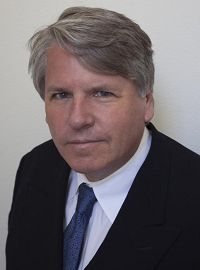 “Because of its slow consensus time, uncertain governance, and price volatility, Bitcoin is not a reasonable solution for banks, and it’s not built to scale for massive adoption of instant e-commerce,” said Chris Kitze, founder and CEO of Safe Cash Payment Technologies. “No open-source software can touch this performance. Our development team worked for the past eighteen months to solve a number of critical technical problems.”

It’s no secret that private blockchains have seen increased interest from financial institutions. Safe Cash, as explained in the press release, is among the first blockchains that can meet the transaction times and throughput requirements needed today. Other benefits include improved security and a controlled consensus that doesn’t need miners or intermediary coins.

Interested parties can view a demonstration of this technology at https://safe.cash, where they can also get a free account and test out Safe Cash’s loyalty token. Banks are also invited to internally proof-of-concept test Safe Cash.