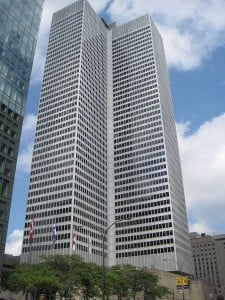 Royal Bank of Canada (RBC) wants to collaborate with the best minds in Silicon Valley in order to be at the forefront of emerging financial technologies, said VP of Innovation Gabriel Woo in an interview with Reuters.

He said RBC has opened an “innovation lab” in Silicon Valley, where it will identify and partner with local fintech startups. The bank has already launched comparable facilities in Toronto, London, New York, Luxembourg and Orlando, Florida.

At first wary of fintech, banks are now seeking to welcome innovations and work with tech firms instead of being left behind as blockchain and other platforms reorient the financial landscape.

“Banks need to do this to take advantage of really good opportunities that otherwise might go by,” said Woo to Reuters. “Many start-up companies are doing some really interesting things and started by really smart young talent that probably wouldn’t consider joining a bank at this point in their lives.”

The bank has allocated $1000 million CAD ($78 million USD) as “seed money” to invest in fintech firms.

RBC has also joined forces with C100, a group of Canadian entrepreneurs in Silicon Valley, to launch Canada House, said Reuters. Canadian start-ups can take advantage of that office to meet prospective investors and customers.

In Orlando, bank staff collaborated with fintech partners to employ blockchain technology to enhance functionality on RBC Rewards, a loyalty program. Meanwhile, the lab in Toronto is developing biometric authentication technology for mobile banking, as well as artificial intelligence and big data.