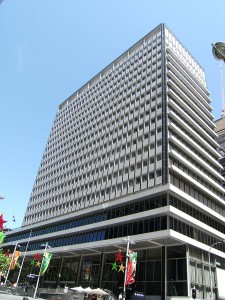 The Reserve Bank of Australia (RBA) said today that the Australian Dollar could go digital in the future, according to a news report by the Sydney Morning Herald.

Tony Richards, head of payments policy at the RBA, said the bank has been watching demand growth for private digital currencies like bitcoin and believes there’s a place for a central bank-issued digital currency, one that operates concurrently with other existing forms of the currency, including paper notes.

Richards explained that central banks in other nations, including Canada and England, have already started researching into digital currencies.

Of course, a move to a digital currency will not happen anytime soon. The bank believes that cybersecurity and cryptography risks put this endeavor off into the future for any country. Richards also stated that the RBA isn’t “actively” considering the launch of a digital currency.

The discussion of the Australian dollar going digital was part of a larger discussion on the state of currency usage in Australia today. Richards talked about the declining usage of the check, which is projected to decline another 30% by 2018 from today. Cash, on the other hand, has seen growing demand despite a declining overall usage. Due to this, the RBA is undertaking an upgrade of Australia’s stock of banknotes.