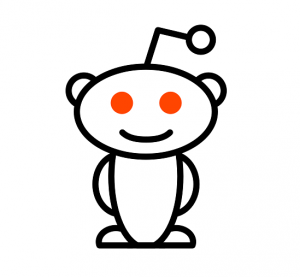 It started as a shower thought.

A few months ago, a Reddit user called “moizmie” posted to the Showerthoughts subreddit:

“If a million of us picked a certain redditor and all donated just $1, we would have the power to make someone a millionaire”

Since that post, the idea has taken off in a big way, in the form of the /r/millionairemakers subreddit, which hosts a regular raffle, through which a random user is selected and receives donations from the community. The subreddit has more than 30,000 subscribers, at the time of writing, and (while not yet up to its target million-donation scale), is consistently drawing thousands of dollars to its winners. This is ultimately the same idea as lottery – however, the community and sense of involvement does seem to add a level of value that professionally-run lotteries do not.

One of the big lessons from the millionairemakers story so far has been just how much Bitcoin has to offer for regular people. Most of the donations received by the participants have been through ChangeTip, dogetipbot, and direct Bitcoin and Dogecoin transactions. PayPal has consistently failed miserably to handle thousands of transactions without panicking, blocking donations, freezing accounts, and generally making themselves useless. Bitcoin still isn’t as easy to use as it could be, and there’s plenty of confusion on the subreddit – but even in its primordial state, it is genuinely more functional than the old way of doing things.

On a deeper note, it’s worth noting that the selection technique used by the subreddit is actually based on the Bitcoin block chain! The entrants are all assigned numbers, and the winning number is selected based on the hash of the third block mined after the contest begins. This is to avoid any appearance of impropriety in winner selection, and to make the answer verifiable to anyone, which is a great demonstration of the transparency, reliability, and trustless nature of Bitcoin, albeit in a slightly unusual way.

To check out the subreddit or participate, go to www.reddit.com/r/millionairemakers.

The ALIEN Logo is registered trademark of reddit inc.