Hong Kong-based Bitcoin firm Bitspark, which initiated the world’s first cash in cash out Bitcoin-leveraged remittance solution last November with service to the Philippines, announced this week the launch of a similar service for Indonesia.

Bitspark has partnered with ArtaBit, an Indonesian payment solution based on the Bitcoin network, for this new initiative.

Users of Bitspark’s remittance services need no prior knowledge of Bitcoin to reap the benefits of the digital currency and its underlying technology to remit money. 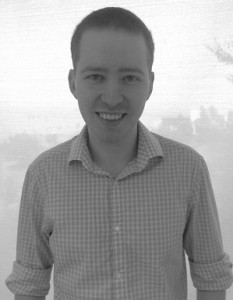 “Indonesia is an exciting opportunity and a key focus for us,” said Bitspark CEO George Harrap in a press release sent to CoinReport. “It’s a very different market in terms of logistics and distribution than our existing Philippines services with many people using Post Offices as the primary cash pickup location, not third party remittance stores.”

In an interview with CoinReport, Harrap said that in conjunction with ArtaBit, Bitspark can offer remittance dispersal at both post offices and banks in Indonesia – the favored pick-up locations in the country – while its competitors can generally only do one. This brings different logistical challenges and pricing variations depending on the region. Bitspark’s pricing for Indonesia is different than that for the Philippines, although the price is the cheapest for remittance, Harrap said, as many of Bitspark’s competitors offer higher flat fees and rates quite close to the spot FX rate, so the company’s advantage comes from its lower flat fee: $25 Hong Kong dollars (HKD) versus $28 or $30 charged by competitors.

Bitspark is pleased with its exclusive relationship with ArtaBit, which connects its customers in Hong Kong with the pick-up methods available in Indonesia.

“Having a stable partner that can provide local support at the other end in the local language is very important and through our partnership with ArtaBit, we can give our customers peace of mind at this end that the money will arrive safely to their friends and family,” Harrap said. “We are always in close contact with our partners and ArtaBit has been a great partner to work with. We look to build upon our partnership in 2015.”

Bitspark has received positive reception since launching its Indonesia remittance service. Following the launch of its service to the Philippines, people had contacted Bitspark inquiring about when it would debut its remittance service for Indonesia. With this new initiative up and running, “now it’s about engaging with the local Indonesian community and providing them with as much information as possible and building trust between our customers and Bitspark,” Harrap said. “We will be working over the coming weeks with the local community but also engaging the business community who send money from Hong Kong to Indonesia as our service can be applied not just to individuals but organizations as well.”

Bitspark has learned a lot since it debuted the Philippines remittance service two months ago. The company has many returning customers and people recommending the service to their friends, along with regular business customers. Harrap said Bitspark has reduced its fees for a higher-value remittances to a flat fee of $15 HDK for transactions less than $8,000 in response to customers looking to send larger amounts per month. The company has also partnered with employment agencies in Hong Kong to expand its network. Bitspark looks forward to building upon its partnership with Rebit.ph, which handles disbursement in the Philippines.

In addition to remittance services, Bitspark operates a cryptocurrency exchange, which launched in limited beta in October with Bitcoin, Litecoin, Dogecoin, Cloakcoin, Blackcoin, and Peercoin. The company has added many new coins to the exchange since then, with the most recent additions being Viacoin, Vericoin, and Magi. Bitspark allows users to vote on which coins they’d like to see offered on the exchange. Pandacoin, Archcoin, and Syscoin won in the latest voting round and will soon be added to the exchange. Harrap said in the coming weeks and months, Bitspark intends to add support for a number of additional languages, which is part of the company’s push to be the regional exchange for Asia.

“2015 is shaping up to be a very busy year for us pushing ahead with the momentum we already have, scaling our remittance service and expanding the exchange in a number of areas,” Harrap said. “At the end of the day, no matter what changes come to Bitcoin or block chain tech over the coming years, there will still need to be onramps and offramps into the cryptocurrency world and Bitspark will be there. Being ‘an exchange’ is not good enough and at Bitspark we are actively diversifying into a number of areas as we see the growth of crypto coming from Bitcoin’s utility for payment as a key focus for 2015.” 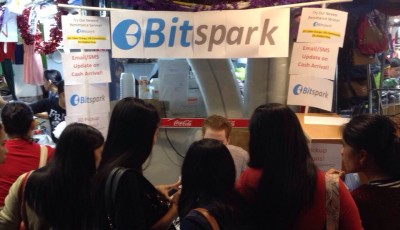