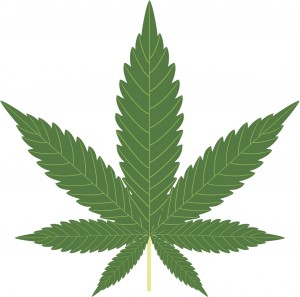 Strictly speaking, there’s nothing Libertarian about Bitcoin, in the same way that, strictly speaking, there’s nothing American about baseball and apple pie. That said, the two do seem to attract much of the same audience and serve many of the same goals: Offering people more freedom of choice, less scrutiny in their business dealings, and liberating them from the need to trust the government and its ability to manage money and fiscal policy.

Needless to say, the marijuana legalization movement and the Bitcoin movement have plenty of members in common — as such, it’s hardly surprising that the Oregon Marijuana Campaign, the group that successfully got Mary Jane legalized in Oregon, have begun accepting Bitcoin donations.

“I just thought it was a neat thing to try,” said campaign director Peter Zuckerman. “It’s nothing that we’ve done before and I don’t know how it’s going to work but I think it could work really well and I’m excited about the prospect.”

The State of Oregon allows nonprofits to accept donations in Bitcoins, requiring only that they be reported as cash donations. The organization has already received donations from as far away as Australia.

This usage of Bitcoin is one that’s likely to become increasingly popular in the near future – Bitcoin is an enormously powerful tool of charities, allowing them to accept both very large and very small donations from all over the world without having to deal with usurious transaction fees or the clumsiness of international moneygram services like Western Union. Making a Bitcoin donation is trivially easy, and will likely become one of the primary ways that charities are funded in the future.