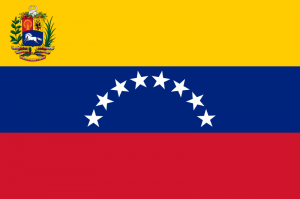 Reuters reported Wednesday that New York-based, Venezuelan-born brothers Kevin and Victor Charles are hoping to open this week the “SurBitcoin” exchange, which will connect Bitcoin buyers and sellers online in their native country.

It would be the first Bitcoin exchange in the socialist-run nation, which, according to Reuters, already has at least several hundred Bitcoin enthusiasts.

The news agency states that because of currency controls introduced by late Venezuelan President Hugo Chavez a decade ago, getting hard currency now means either asking for it from the state, which faces challenges in meeting demand, or accessing it through a black market. Even small dollar transactions are not feasible for most citizens.

Reuters reports that although he has never made remarks about Bitcoin, President Nicolas Maduro has decried black market traders, whom he considers part of the “economic war” on his government and the reason for inflation and shortages.

The news agency said that has created a gray market for Bitcoin; in Venezuela, using the digital currency gives off a whiff of subversion.

“Bitcoin is a way of rebelling against the system,” said Bitcoin trader John Villar to Reuters. Villar, a Caracus-based software developer, discovered the usefulness of the digital currency when he wanted to purchase a $10 cellphone battery on Amazon.

Unable to buy it in dollars, Villar purchased Bitcoin off a friend using local currency, then used Bitcoin to buy an Amazon gift certificate to use to buy the battery.

Gerardo Mogollon, a professor at the University of Tachira’s graduate business school, speaks at conferences and appears in online videos urging Venezuelans to adopt Bitcoin.

Styling himself as “Dr. Bitcoin Venezuela,” Mogollon told Reuters that he is “teaching people to use bitcoin to bypass the exchange controls.”

Bitcoin trading in the country is currently between enthusiasts who use online forums and social media to make ad-hoc deals.

While Bitcoin’s price volatility suggests one risk of the digital currency, Venezuela’s own fiat currency – the bolivar – has fallen by nearly 60 percent versus the dollar on the black market in the country in the past year, reports Reuters, which notes “a black market dollar costs 16 times more bolivars than the strongest Venezuelan government rate.”

“Even though bitcoin is volatile, it’s still safer than the national currency,” said Kevin Charles, one of the brothers launching SurBitcoin, to Reuters. Many convert Bitcoins immediately into dollars, in any case.

One of the challenges of SurBitcoin will be finding a supply of the digital currency. One hope is that expatriates will use the exchange for remittances, selling Bitcoins for bolivars, reports Reuters.

Another solution is for citizens to mine their own Bitcoins. Running high-end computer systems to mine Bitcoins requires a lot of electricity, which is a competitive advantage for Venezuelans. Electricity bills that could run up to hundreds or thousands of dollars per month in the United States would translate into dollars for the same amount of power in Venezuela, where there are government subsidies.

In a heavily air-conditioned home in Caracas, one miner, who asked Reuters not to identify him due to fear of theft, surrounds himself with specialized equipment that has costs thousands of dollars.

“In Venezuela, we have a gold fever: a bitcoin fever!” said the miner.

The Cryptomarkets Week in Review