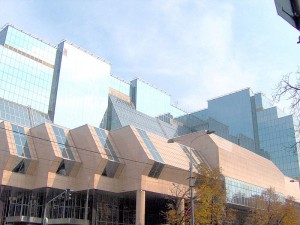 Last week, the National Bank of Serbia (NBS) issued a statement advising that Bitcoin is not legal tender in Serbia and cannot be subject to sale and purchase by banks and licensed exchange dealers.

In its statement, the NBS draws public attention to the value of Bitcoin in exchange platforms not being guaranteed, and that the “virtual currency,” as the bank refers to Bitcoin, is rather volatile. The NBS states that users of digital currency exchange platforms do not have legal protection should the exchange lose money or fail, due to hacking for example, “even if the platform is registered as an economic entity with the competent national body.”

The NBS points to a 2012 European Central Bank report stressing that Bitcoin does not meet all the necessary criteria to be considered electronic money.

The bank states that as for Bitcoin payments in Serbia, the dinar is the nation’s legal tender under NBS law, and all cash liabilities stemming from transactions done in Serbia are expressed in dinars and settled in dinar-denominated means of payment, unless another law stipulates otherwise.

“Furthermore, the Law on Payment Transactions envisages that payment transactions are performed in dinars. According to the Law on Foreign Exchange Operations, payments, collections and transfers among residents and between residents and non-residents are performed in dinars, or in foreign currencies in exceptional cases which are prescribed by the Law. The same Law defines exchange operations as the activities of purchase and sale of foreign cash and cheques denominated in a foreign currency from/to natural persons. Pursuant to the Decision on Types of Foreign Exchange and Foreign Cash to be Purchased and Sold in the Foreign Exchange Market, banks and licensed exchange dealers may buy and sell foreign cash only in currencies stipulated by the Decision.”

For the reasons cited in the statement “and the fact that there are no legal protection mechanisms,” the NBS warns that “investing in bitcoin and other similar virtual currencies not issued or backed by the central bank constitutes a risk and may result in financial losses. Anyone engaging in these or other activities involving virtual currencies does so at their own risk and responsibility.”

Despite not being the progressive action many Serbians had hoped for, members of the country’s Bitcoin community told CoinDesk they were pleased by the NBS’s official recognition of digital currency, describing the statement as the best possible outcome considering the more reactionary measures observed worldwide.

Serbian resident and Bitcoin 365 founder Aleksandar Matanovic and a local Bitcoin Foundation member identified only as ma∆∆a suggest the NBS warning may prompt Serbia’s Bitcoin community to better advocate for the digital currency in the country.

Negatively affected by years of political turbulence, Serbia’s economy was most recently hindered by costly, damaging floods this summer, reports CoinDesk. The news outlet also notes Serbia’s payment ecosystem remains underdeveloped. In April, a PayPal delegation visited the market for the very first time to discuss whether it would allow Serbians to start receiving money through its service.

Speaking with CoinDesk, Matanovic suggested the country could have a powerful incentive to accept Bitcoin as a payment option, due to the fact Serbia’s financial infrastructure lags behind global offerings. He told the news outlet that traditional remittance offerings from Western Union and MoneyGram are only sparingly available, and many citizens do not possess credit cards.

While he doesn’t think the central bank’s statement will have a measurable effect on Serbia’s local Bitcoin ecosystem, Matanovic does suggest that people who are unfamiliar with digital currency or its prospective benefits may be deterred by the warning.

With the NBS warning issued, Matanovic indicated to CoinDesk that Serbia’s finance ministry could be encouraged to learn more about Bitcoin. Starting this conversation with the ministry will be the focus of an advocacy organization Matanovic wishes to launch.

“A group of bitcoin enthusiasts are in the process of establishing a bitcoin association here,” Matanovic said. “We will give our best to promote bitcoin, raise the awareness and educate people about using it. One of the goals would be to try to talk with Ministry of Finance in attempt to regulate bitcoin, so businesses can start using it.”

Until there are more safeguards for local Bitcoin users, ma∆∆a told CoinDesk that adoption of the digital currency is likely to stay low.

“I have to agree with the noted in the warning, that bitcoin without the insurance is only for tech savvy people,” he added.