Benjamin Lawsky, the outgoing superintendent of the New York Department of Financial Services, announced Wednesday the release of the department’s final BitLicense, which is a framework for regulating digital currency companies.

As the Wall Street Journal reported, the BitLicense will be published in the state register in the coming weeks, at which point it becomes law.

Lawsky spoke about the framework and payments regulation Wednesday at the BITS Emerging Forum in Washington, D.C. He noted that over the course of his department’s inquiry, it received an immense amount of public feedback. In the second version of the framework, the department incorporated several changes in response to comments on the initial draft. In particular, the department sought to help provide an on-ramp for startups while ensuring robust standards for anti-money-laundering compliance, consumer protection, and cyber security.

Lawsky said the third and final version does not include the type of substantial changes seen in the previous round, but the financial services department wanted to make several points clear in order to alleviate various concerns heard during the public comment period.

Lawsky said that under the BitLicense, companies will not need prior approval for standard software or application updates, only for material changes to their product or business model. He said the department does not intend to be a regulator of software developers, only financial intermediaries. The framework will not require a duplicate set of application submissions for companies that want both a BitLicense and a money transmitter license. Companies that already file suspicious activity reports with financial regulators do not have to submit a duplicate set of those same reports to the financial services department. Firms also would not need prior approval from the department for every new round of venture capital funding.

“We are excited about the potential digital currency holds for helping drive long-overdue changes in our ossified payments system. We simply want to make sure that we put in place guardrails that protect consumers and root out illicit activity – without stifling beneficial innovation,” said Lawsky. “Ultimately, we think regulation is important to the long-term health of the virtual currency industry. Building trust and confidence among consumers is crucial for wider adoption. It also helps attract additional investment.”

He added, “This is a critical and exciting time in the broader evolution of the payments system. Virtual currency is a novel field for regulators and everyone – including our office – must be willing to take a hard look at how these new rules are working when they are put into practice.”

Lawsky acknowledged that the department is not going to satisfy everyone with these new regulations. One critic is Coin Center, which said the BitLicense “contains several provisions which will impede digital currency innovation in [New York].”

While the financial services department was receptive to public feedback and the final framework’s language is improved from the initial proposal, it is far from perfect, said Jerry Brito, the center’s executive director, in a statement.

“Despite the changes to anti-money laundering requirements that the superintendent cited in [Lawsky’s] speech, the final BitLicense still creates an unprecedented and discriminatory state-level AML reporting obligation,” said Brito. “The new language is vague and unclear about how compliance with federal regulations will exempt a BitLicensee from those state-level obligations. My question is, if you register with FinCEN, do you have AML obligations to New York State?”

He added, “The only consolation is that now businesses have clarity on some other obligations. It’s a mixed bag, is the best that can be said about the BitLicense. Other states are already looking to the BitLicense as a model for their own frameworks. We are working with them to ensure they do not repeat the mistakes made here.”

In April, Coin Center released a report titled “State Digital Currency Principles and Framework” that offers model language for a sui generis statute or implementing regulation. This week it unveiled a state digital currency regulation tracker that breaks down proposed Bitcoin regulations of several states into their basic issues. 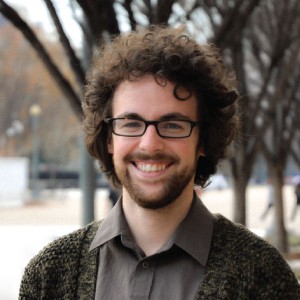 “The final BitLicense still creates a lopsided regime as between digital currency businesses and traditional money transmitters and banks. It has cybersecurity and state-level anti money laundering requirements that will not and have never applied to the legacy payments industry.” said Coin Center Director of Research Peter Van Valkenburgh, who prepared two comments on the proposal. “The Department has rationalized this discrepancy by suggesting that it would apply the same heightened standards to the banks and money transmitters. With the Superintendent’s imminent departure, however, we are left wondering if that will be the case.”

In a statement provided to CoinReport, Perianne Boring, president of the Chamber of Digital Commerce, said, “The most worrisome aspect [of BitLicense] is the lack of clear on-ramp for digital currency startups and small businesses, especially in the likelihood that other states will use New York’s BitLicense as a guideline in creating their own regulations.”

With many states considering regulating digital currencies, the industry is facing an increasingly complex and burdensome regulatory environment, said Boring, noting that it is necessary for the industry’s voice to be heard in discussions among policymakers to ensure what eventually becomes law does not hinder innovation.

“It is going to require the participation from all areas of the digital asset community (companies, individuals, investors, universities and other advocacy organizations) to put together a legal framework that best serves the ecosystem – one that fosters innovation, jobs and investment,” said Boring. “Without proper engagement, we risk a patchwork of inconsistencies and friction between local, state, federal and international laws. The Chamber of Digital of Commerce is dedicated to helping bring coordination to this process through the work of our Government Affairs and Public Policy Committee.”

Boring said the chamber is still reviewing the regulations and will provide in-depth analysis at its next membership meeting on June 16.

Why the blocksize matters